So, just to prove a point. 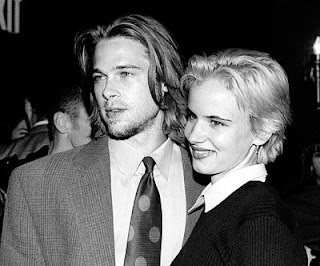 Moving on. Here is Brad Pitt and Gwynniiiiieeeee (LOVE her, have you SEEN goop? She's so in touch with the NORMAL woman you know? Acquiring the start of osteoporosis at the age of 38 as she has is totally ok because she's thin. Bones are crumbling but at least she's THIN). Note exact same hair styles and, actually, same face almost. Shudder.

Moving on again. Brad n Jen. I would also say that in most of the shots of B/J as they should be known (well, the shots that I've searched today) he looks well happy. Mucho happier than he does with Angelina 'I snog my brother to get attention' Jolie. Here we can see that Brad has adopted Jen's style. How very UNLIKE him to do so. Suddenly he's all clean cut and suave. 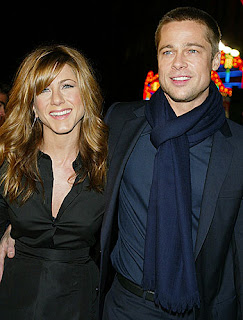 Bringing Mr Bland up to the present day. Here's one of him and el (I wear blood around my neck because I'm just soooooo wild) witcho. I think she's yanking his arm because he said something off message. But also LOOK AT THE LEATHER TROUSERS. Jesus. 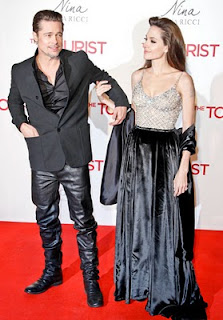 I've probably done this to death now. But it's 20 minutes of my life that I've really really enjoyed.