There's girls I find aesthetically pleasing. Women I find beautiful. Women I like to look at. I mean let's not kid ourselves. We live in a sick society that judges people by the way they look. We always have and we always will.

But it's more than that. Beautiful people are revered. For an accident of birth. Every supermodel could have been you or I, if only we'd had those genes and had been born at that time, in that space, with that particularly symmetrical face and freakishly lean body. It's nothing they have done. It's nothing they have learned. They create nothing. They teach nothing. But they are revered the world over. Just for the accident of their birth. It's really really mental.

And it permeates down from the dizzy heights of supermodels and A listers to the people you meet in the street, the people you work with, everyone. I know I forgive a good looking man lots and lots of things just because of the way he looks. I'm not proud of it, but it's true. I can also be dismissive of men I don't think are aesthetically pleasing. What a bitch, eh? Except I know people do it to me too. It's human nature I think.

With women it's more complicated. I think beautiful women can intimidate me initially, but so many of my good girl friends are just gorgeous that that clearly doesn't last. But then, I often find people who are consistently horrible to me become ugly in my eyes anyway. I guess it all is entirely subjective.
Anyway, I'm rambling. It's insomnia time again, people. And the point of this post was to create a list of my girl crushes. I don't know why. It just feels like the right thing to do. This is my top ten of women that I love to look at. Obviously they're all famous because otherwise it would be pointless to share on a blog post. And a little creepy.

1. Fairuza Balk.
I have loved this woman's face since I first saw her in Return to Oz. She's pretty much my age so at every stage I have wanted to look like her. Right through Gas, Food, Lodging, The Craft and even American History X. She's tiny, and dainty and snarly and sexy. Her features are strong and defined and I think she's absolutely gorgeous. Obviously I like her best in The Craft. I so wanted to be Nancy when I was 16. 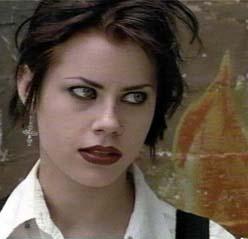 2. Elisa Dushku
I could never really work out why guys prefer Sarah Michelle Gellar when Faith was so much sexier. Even if she was in a video by those awful Canadian dirge meisters. You know, the ones who did that song about being a rock star that ended up on the DFS adverts. Rock. And. Roll. I've also read somewhere she's as dumb as a rock which kind of takes the edge of it. But it does explain the music video. 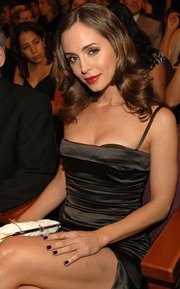 3. Julianna Marguiles
Whenever ER started - when the hell was that anyway? It feels like it was a long, long, long time ago. I remember my dad going off to play computer games when it came on cos he thought it was shite, and me and mam would sit and drool over George Clooney - anyway, I liked this woman's face. I think she's gorgeous. And the hair. I want hair like that. 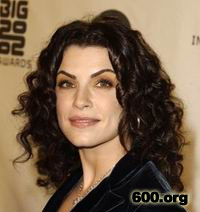 4. Mila Kunis
Perfect, so she is. Way hotter than Natalie Portman in Black Swan. Which I guess was part of the point. I think - I could be wrong about this and I can't be arsed to google it, but I think she went out with Macauley Culkin for years. That cannot possibly be right, can it? He peaked looks wise in Home Alone 2. Hang on, I have to check now. Yes, yes she did. Wowsers. 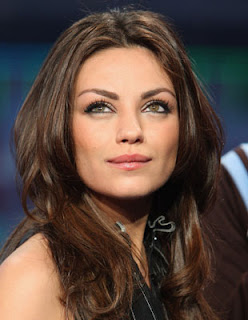 5. Starbuck
This is specifically the character, rather than the actress. Who is lovely I'm sure. But I definitely had a crush on Starbuck. Mind you, I had a crush on Adama Senior. And Gaius. Maybe I just watched way too much BSG... 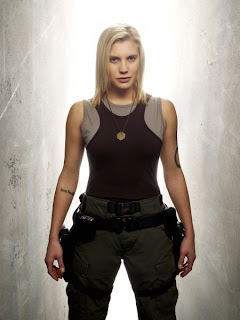 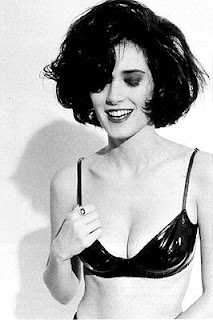 7. Sherilyn Fenn
Loved this lady in Twin Peaks, she dressed like Lynch's 50s sex siren fantasy and is extremely sexy. And she also starred in one of the funniest films I've ever seen - Boxing Helana. If you haven't seen this, I highly recommend it. It's about Julian Sands being obsessed with Sherilyn's character, to the point that he chops her arms and legs off and keeps her in a box. Hence the title. It's marvellous. Specially the end. I won't ruin it for you. 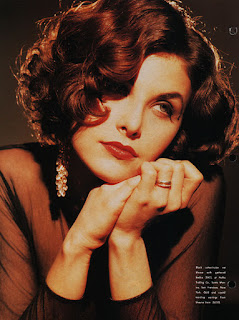 8. Jennifer Connelly
Hmmm. Another dark haired, flawlessly complexioned, strong eyebrowed woman. I appear to have a type. I did not know this. 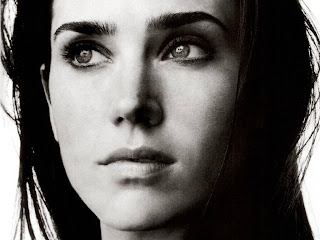 9. Zooey Deschanel
She was the reason I watched The Happening. Seriously. The only reason. And she made a good Trillian. It's annoying when people say she looks like Katy Perry who, although a nice looking lady, needs trowels full of make up to look half this good. 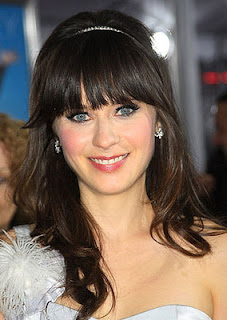 10. Drew Barrymore
I'll admit, I'm struggling. I've probably come to the end of my ladies I have a girl crush on. Drew just edges in there. 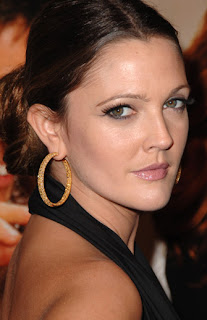 So, I think we've identified that I have a type. With the exception of Starbuck - and I think that was mostly because she is the coolest character in any TV series, possibly ever. And an angel. Or a cylon. Or something.

By the way, and just to be clear, it's a platonic girl crush thing. Apart from Mila. Probably.
Posted by thereseraquin at 01:59