Finally. A Rochester you want to shag.

OK. A Rochester I want to shag, I should say. I don't know what kind of 19th century brooding anti-hero lights your fire, do I?
I'm a massive, almost obsessively weird fan of the Bronte sisters. (Where's the umlaut on here by the way? I can't find a fecking umlaut. Just imagine that every time I write Bronte, there's the proper umlaut over the e. Fact fans: their name was actually Brunty. When Mr Bronte came over from Ireland and left his pauper past behind he sexed up the name, so I can live without the umlaut. Sorry Mr B.)

The first Bronte book I read, as is most usual, was Jane Eyre. It was for A-level, although it seems strange to me now that I hadn't read it by the time I was 16... Perhaps I wasn't the erudite, intellectual teenager I nostalgically think of myself as. Maybe I was just an ignorant little scrote. Sobering thought.

Anyway. Being a hormonal and complicated teenager with an almost endless supply of unrequited, burgeoning sexual tension coursing through my veins, I adored Jane Eyre instantly. At the time I didn't have the understanding of the period and Charlotte's life that I do now, so I read it rather more straight forwardly. Which teenage girl wouldn't identify with the outsider Jane Eyre as she struggles to make a place for herself, but more than that, struggles to be seen and heard in a society that seems intent on marginalising and ignoring her?

She goes up against the local hottie and wins the affections of the arrogant, aloof and deeply deeply sexy Mr Rochester. And just when it's all going swimmingly, it's snatched away from her with the appearance of the mad woman in the attic and the total collapse of her trust in Mr R.
If I was Jane, I highly doubt I would have had the moral strength to run away rather than accept his offer of being his mistress. But Jane, of course, legs it right into the path of a really uptight guy who, via a frankly implausible set of coincidences, uncovers the fact that Jane is actually an heiress and proposes marriage to her. The very thought of a lifetime tied to a humourless, sexless, boring bastard sends her legging it right back to Mr Rochester, who by now, has handily dispensed with his crazy wife (she sets fire to the house and jumps off the roof) yet retains his honour because he is now punished with blindness and partial maiming. Jane decides that that's all marvellous and (one could argue, that now he's been brought down by 25 pegs or so and is dependent on her) lives with him in sexy bliss for the rest of her life (probably).

That's the story in a nutshell. But what I haven't conveyed here is the living heart of Charlotte Bronte herself that permeates through Jane's story. It's well known that Jane's time at the horrific Lowood School for Girls is based directly on Charlotte's time at a similar institution. A school where she and four of her sisters were sent to. And of the five, only three returned. It's arguable that the poor conditions, malnutrition at such a critical age, the grief, shock and abuse the girls suffered at this school could have contributed to their early demise.

But when Charlotte wrote Jane Eyre, she had only lost her mother and two of her sisters and the TB that would kill Emily, Anne and Charlotte herself was in the future. What is rife in the book is Charlotte's romantic and sexual wish fulfilment. We know she burned with a passion for the (married) Professor she met at a school in Belgium. We know this from her painfully intense (and mostly unanswered) love letters to him, practically begging for some kind of reply. You can feel the sexual tension throughout Jane Eyre and this brings me nicely on to the point of my post. A Rochester I want to shag.

Rochester in the book is fantastically sexy. He's aloof, arrogant, masterful, intelligent, uncommunicative... in short, everything I like in a man.

Rochester on screen has been almost entirely disappointing. There has been about a million versions of Jane Eyre. Just taking a few at random: 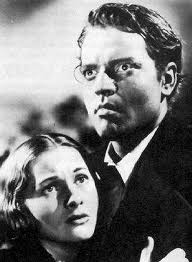 Michael Jayston. Who? He was a Bond (on the radio) and he was a Doctor Who. Who the hell looked at him and thought: Rochester, I do not know. 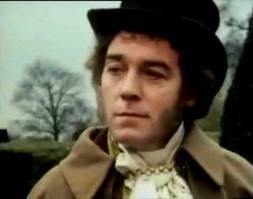 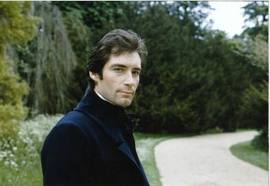 ﻿
Then William Hurt. This was actually a decent version from 1996, but sex appeal? Hell to the no. Jane was played by Charlotte Gainsburg, who is always excellent. 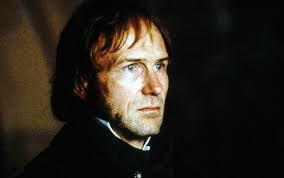 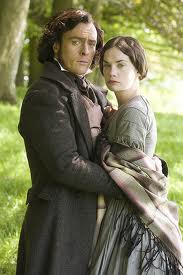 A quick search tells me his name is Toby Stephens and he was in a Bond film. What IS it with Rochesters and Bond films?

And then we come to the latest film, which I saw the other day. It as Mia Wasikowska as Jane. And she is utterly excellent. My nightmare is that some fool sees fit to cast Keira bloody Knightley as Jane (she has already ruined Lizzie Bennett and, apparently, someone thinks she'd make an excellent Anna Karenina. My mind actually boggles). But Mia got it just right. Her Rochester is Michael Fassbender. 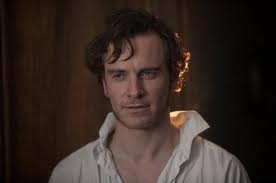 Bingo, ladies and gents. Fnally there's a Rochester worth shagging. And it's only taken 165 years.
Posted by thereseraquin at 23:42