One of my most favourite things ever in the whole wide world is a pug called Alfie Puglesworth. This is what he looks like: 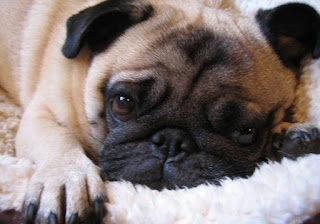 And this is what he looks like dressed as an Elf: 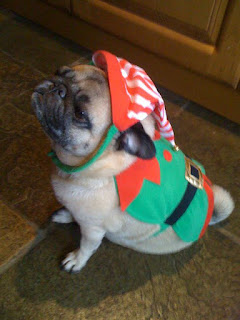 And being frightened by chickens: 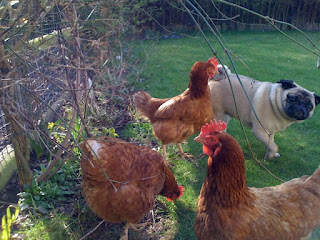 And giving me a kiss: 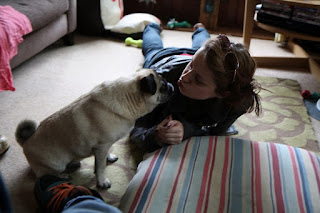 I could go on. For hours. But I won't. Because although drawing your attention to the fine beast is important, of course, purely because he should be worshipped by everyone. He belongs, by the way, to my bestest of best friends - Mickey - who I love with all my soul. Which is just as well because otherwise I would have stolen him aeons ago. I still love Fatman the most of course but dogwise Alfster has my heart.

So recently Alfie became the star of his own daily show BarHumPug, which has a logo designed by the fantabulous Gemma Correll: 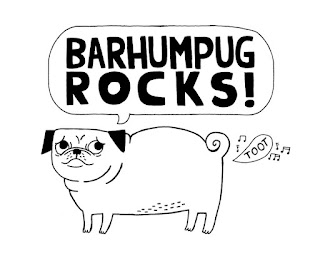 His page consists of Mickey filming him every day doing various puggy things (eating, waddling, sleeping, snoring) and humming snatches of a song. You then have to guess the song. Like the intros round on Buzzcocks, but it's not always the intro. It's sometimes the middle. It's addictive and tricky. There is a leaderboard (which I am currently top of and plan to REMAIN THAT WAY).

It's basically hilarious and you should definitely check it out should you be on the book of face.

Email ThisBlogThis!Share to TwitterShare to FacebookShare to Pinterest
Labels: BarHumPug