Jesus is my hotrod

Last week sometime a conversation happened in the office. It involved Jesus Christ. I don't remember how it started or how it ended up, but I do remember that within said conversation I just happened to mention that I find many depictions of Jesus Christ extremely hot.

This includes classical medieval and renaissance art all the way up to films and pop culture depictions.

A moment of watching the suddenly appearing tumbleweed was followed by hoots of derision and catcalls of surprise by some colleagues. Most probably didn't even notice. At least a few agreed with me secretly I'd imagine.

Luckily, saying things that I should most likely keep in my head and meeting my peers' bemused stares is something I am extremely used to.

But I also like to prove my point. I did a post ages ago about depictions of Rochester who are eminently fuckable. And now, it seems a natural next step to move on to the so-called son of god. When I think of the grown up Christ, he's always kind of beardy and swarthy and sinewy and nearly naked and oh so hot. Basically he's Jim Morrison when he was about 24. Not the 27 year old Jim Morrison. All bloaty and alcoholic. But the lean, hooded eyes of a coiled up sexual frenzy preferably naked and on a cross.

So I had a little searchette on Google and I did find some wondrous ones. I defy you, male or female, not to appreciate the downright shaggableness of some of these bad boys: 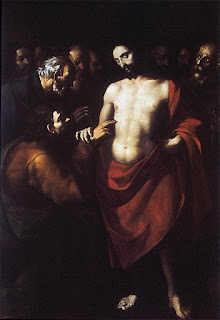 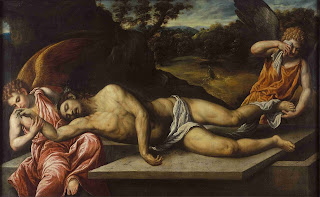 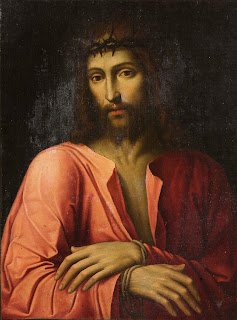 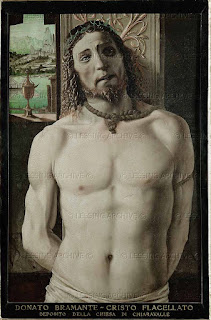 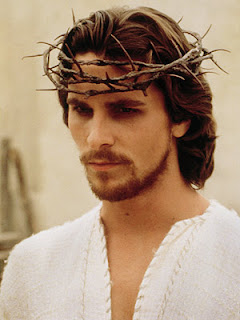 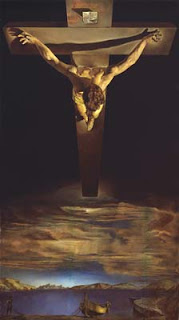 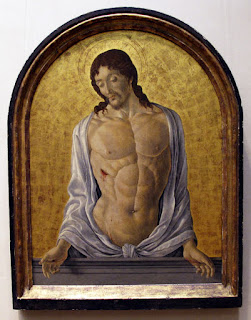 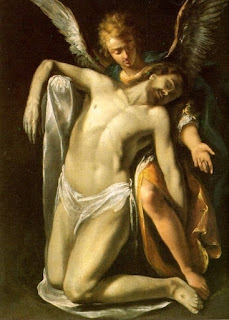 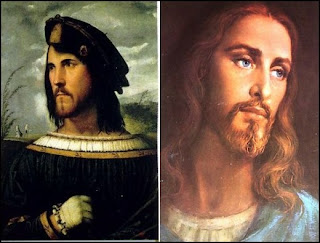 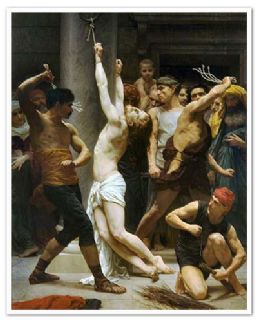 OK, so maybe the scourging one is a bit much. Well, that's my story and I'm sticking to it. And finding Christian Bale as Christ was a cheeky bonus - pretty much the ideal Jesus right there. Anyone else know he was in some weird bible flick in the late 90s? Might have to watch it. I'd have included Mel Gibson's Jim Whatsisface from The Passion of the Christ if Gibbo wasn't such a raving anti-Semitic knobhead.

And I appreciate that in Dali's version you can't see his face, but oh the muscles and shoulders and thighs. Ooof.

Even the more po-faced ones have got some body hidden under those robes.

Basically, I think, yet again, my point is proven. And for once in my life, I can say: thank Christ for that, with any kind of meaning. Enjoy.