Look what happened to Paul Bettany next...

Do you remember Paul Bettany?

He messaged me on a dating site. 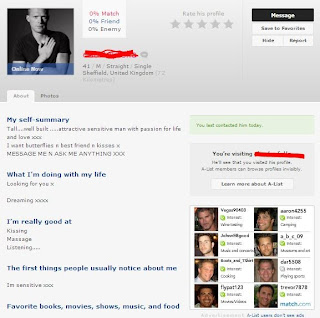 He declined to answer my probing questions about why he's on OK Cupid and what happened to Jennifer Connelly.

And then I noticed he was back. With a different picture. 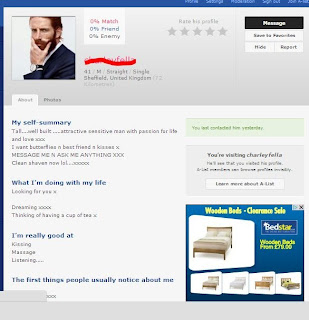 Johnny Harrington is a model. Now I didn't recognise him but I could tell from a hundred paces that this was another stealthy attempt at subterfuge.

I asked him about his modelling career.

He didn't answer me. But the next day, this happened. 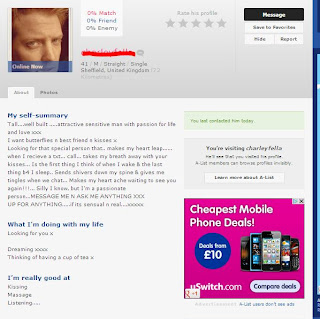 It's truly amazing. He's a real Renaissance man. Is he a famous actor? A ginger model? A musician? Maybe this is his attempt at showing all of the different sides of his personality. I mean, who's going to notice?

Next day he was back. 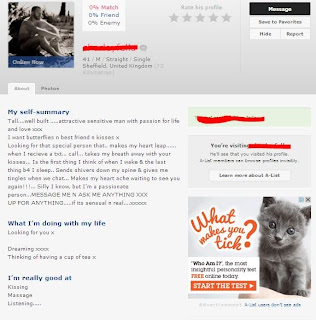 I don't know. But I'm pretty sure it's not him.

It also says: The first thing people notice about me is 'I'm sensitive'.