Look at this crazy bitch

You will no doubt have seen a photograph doing the rounds, showing some perma-tanned American woman with a shit eating grin posing proudly over the corpse of a dead lion.

This woman, in fact. 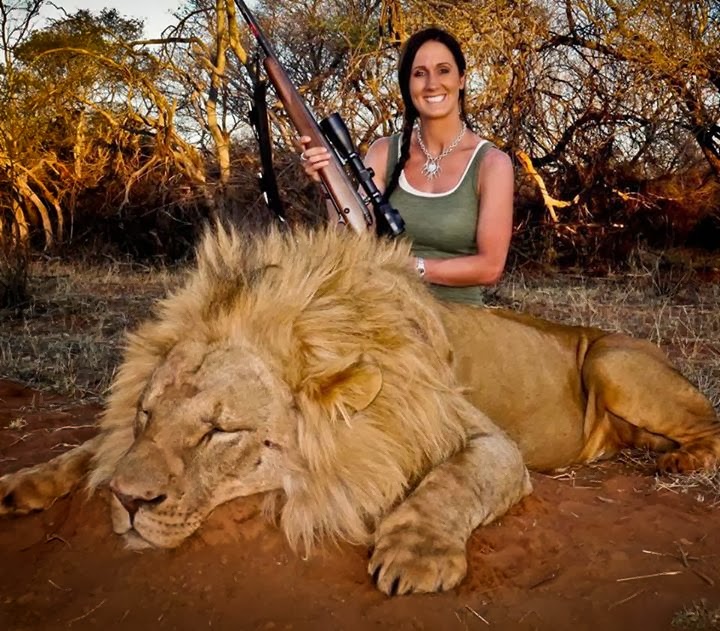 As I'm British and, as such, have a normal relationship with wild animals in that I don't have an uncontrollable urge to murder them and then be dead happy about it while mounting their head on my wall, I've never heard of her before.

She is called Melissa Bachman and apparently makes lots of videos about her seemingly endless hunting 'adventures'. She appears to have killed everything, from crocodiles to turkeys and everything in between.

And for some reason this lion picture went viral. Which is weird, because when you take a closer look at her fan page she does this every other day.

Here. Have a look. If you were under the impression she is one lonely nutter in the wilderness, you'll see from her page that she very much isn't. Every time she posts the tragic corpse of whichever noble creature she's decided to slaughter she gets loads of people congratulating her. It's one of the most bizarre things I've ever seen.

Here's her with a dead bear. Particularly lovely are the captions she puts with these pictures. She talks about how happy she is and how beautiful these corpses are. She mentioned in the caption for this picture that she was really pleased because the bear she just killed is blonde. That's lovely isn't it? Heartwarming. 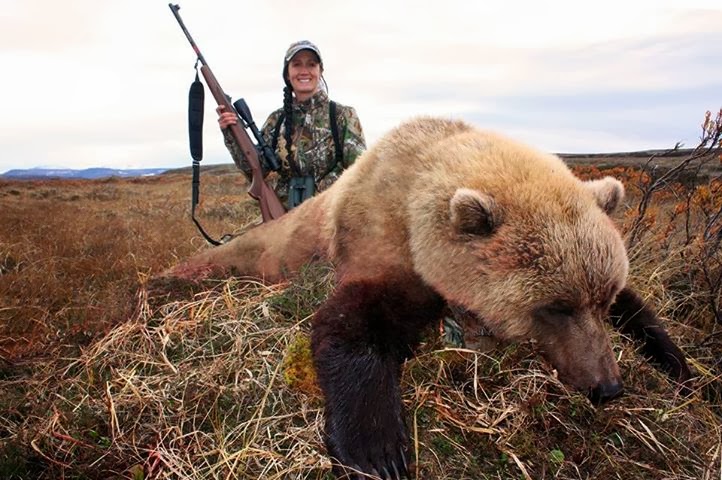 And her with a dead stag. Beautiful isn't he? And dead. Very, very dead. She's happy though. Grinning away like a made up psychopath. 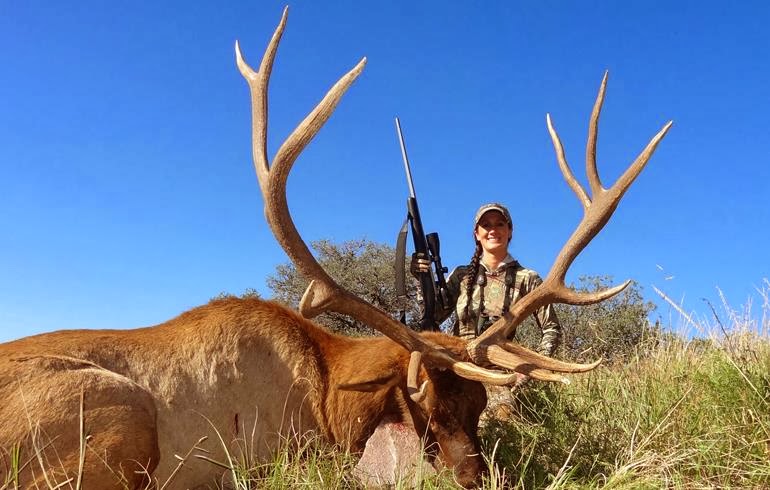 Her holiday photos must be a fucking riot.

I could go on and post picture after picture, but I suspect that you get the idea.

Her page has more than 20,000 fans and plenty of them like her pictures, statuses and hunting boasts every day. I had no idea there were that many people in the world who could be so stonkingly happy and gosh darn proud of themselves for killing animals.

The people commenting on her pictures urge her to ignore the haters and express their envy at her lifestyle. How is it when serial killers are caught, fingers are pointed to their cruelty towards animals - check out Dahmer's boyhood tales for a great example - and yet when a grown adult decides to devote her life to the unfair and inhumane slaughter of animals, it's tolerated, encouraged and enabled?

She is hosted by various wildlife parks who lay on animals for her. Like Nero picking off the slaves, she then sits on her arse and picks them off. Again and again. This isn't even a 'sport'. This is just someone being presented with an animal to shoot. Just because they want to.

The woman is fucking inSANE. This is not normal behaviour. I don't give a shit how many US gun defenders wank on about their right to bear arms. What the fuck is THIS SHIT? The right to kill animals for fun? It's not a sport. There is never any fair fight. It's just killing.

Her website appears to be down but from what I can glean this is not the first time her pictures have gone viral and caused horrified people worldwide to create petitions trying to get the woman off the air. It has worked to an extent - back in 2012 National Geo bowed down to pressure and took her videos off their channel, but she is clearly making a very happy living out of this hobby and, apparently, has many tens of thousands of supporters.

This latest kill - the one where she's so exceedingly happy that she killed a lion - has led to this petition, which has so far amassed 135,000 signatures. Started by a South African resident who points out that Melissa's way of hunting is diametrically opposite to South Africa's commitment to conservation, the petition asks the South African government not to let this mad woman into the country again.

If you'd rather this utter cunt didn't get her own way anymore, maybe give it a quick sign.

I'm just about to start up a petition asking the South African government whether they'd consider pitting an unarmed Bachman against the wild lions. See how far the mad cow gets then.