When I tell people I'm moving to the Isle of Wight the responses have been varied, ranging from "Where?", "The Isle of Man?" and "Why would you go there?" to "It's full of old people" and "Good luck with finding a boyfriend there."

So that was encouraging.

Thing is, a lot of people haven't been to the Isle of Wight so they won't know that most of the island is lush and beautiful. Like this. 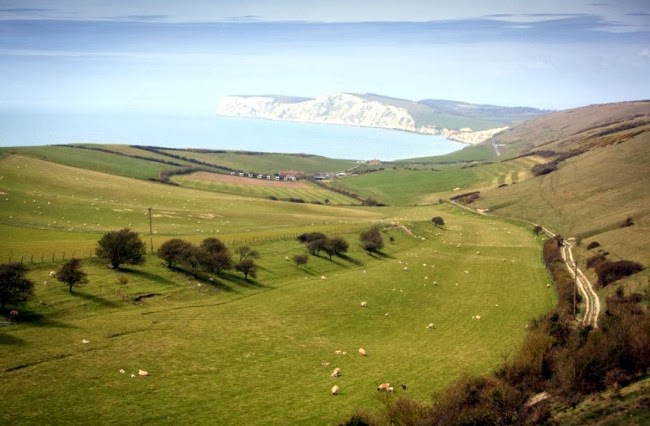 Why do I even let these comments strike doubt into my blackened heart anyway?

Either way, it's too late. My flat is going to two lovely girls who fell instantly in love with it and I'm sure will treat it well. So that's made me feel better - I get severely attached to houses and the thought of this one going to someone horrible who won't give it some love was awful.

And the reasons I'm going are good ones. It's not like when I left Leamington, which was at least partly to get away from someone who was mashing my brain and feelings into dust on a regular basis. And to escape the stifling claustrophobia of a small town I'd lived in for 12 years. Or for a job that turned out to be the biggest pile of shite ever. Lord above, that was some experience, and worthy of a blog post all of its own. Possibly a book. Or a mini-series.

Of course, I didn't move for the job anyway. Not really. That just gave me an excuse. It was still a passive move in many ways. I was offered this job by this seemingly alright company and it gave me a reason to get out of Dodge. So I did. I didn't seek out the job, I didn't make an active decision to find a job, it just came to me.

This time, my decision is active.

When friends, therapists, shop assistants, drunkards and tramps have asked me what I actually want to do with my life, it's always come back to the same thing. I want to live by the sea, I want to write a book and I want to adopt a dog.

Over the next six months I'm going to do all three of these things.

York has shown me a lot of things over the last 18 months. One of those things is that I will never work for a corporate business again. Ever. I will work for myself or in bars, shops, clubs or kennels till the day I die. Being chained to a desk and forcefed utter wankery for 40+ hours a week does not do it for me. Watching people fall apart because of arbitrary pressure they're put under by nasty, sociopathic fucktards who think because they run a business peddling snake oil to customers it gives them the right to mash people into the dust.

I mean, allegedly. Obviously. I'm talking hypothetically. This is a hypothetical example of why the thought of working for some businesses ever again makes me dry heave. So, you know, take it with a pinch of salt. Not saying corporate life isn't for some people, just saying it ain't for me. And a small disclaimer, I have also worked for a nice company while in York.

These are also all the reasons I can go and do what I'm about to do. I am free in a way I never expected to be and I want to enjoy it in my own ways. These may not be the ways of others, but they're my ways.

So I'll give this a go. How bad can it be? I'll walk my three legged mutt on beaches that look like this: 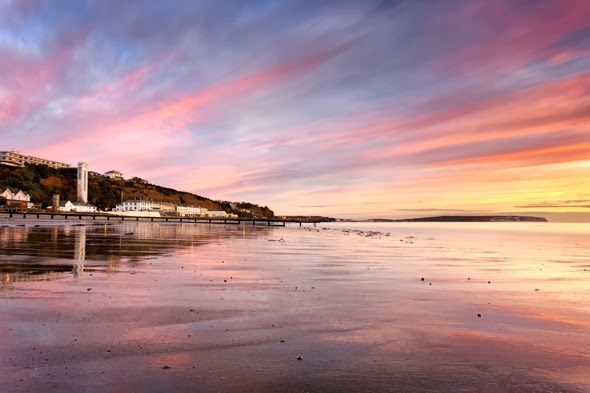 I will have space to breathe, think, read and write.

This is why this is a good decision.