I have absolutely no idea what the hell is happening but it's alright so far.

Three days ago I was in a place that was, between you and me, utterly filthy. They grabbed me a while ago, I can't remember when, I'm a dog. But it was ages ago and then they chopped my leg off and then put me in a cage.

It's a weird world.

I think I used to have some kind of family. I definitely know that people can be nice and I like being around them. But I didn't like being stuffed into a van with a load of other dogs and then driving for days and days and days. And then, when we finally stopped, they grabbed me and stuffed me into someone else's weird car thing and then I got scared and I may have made a mess.

This is me just after I got in the car. I wasn't at all sure what was happening so I decided to try and go to sleep. It's the best way to deal with most things I find. 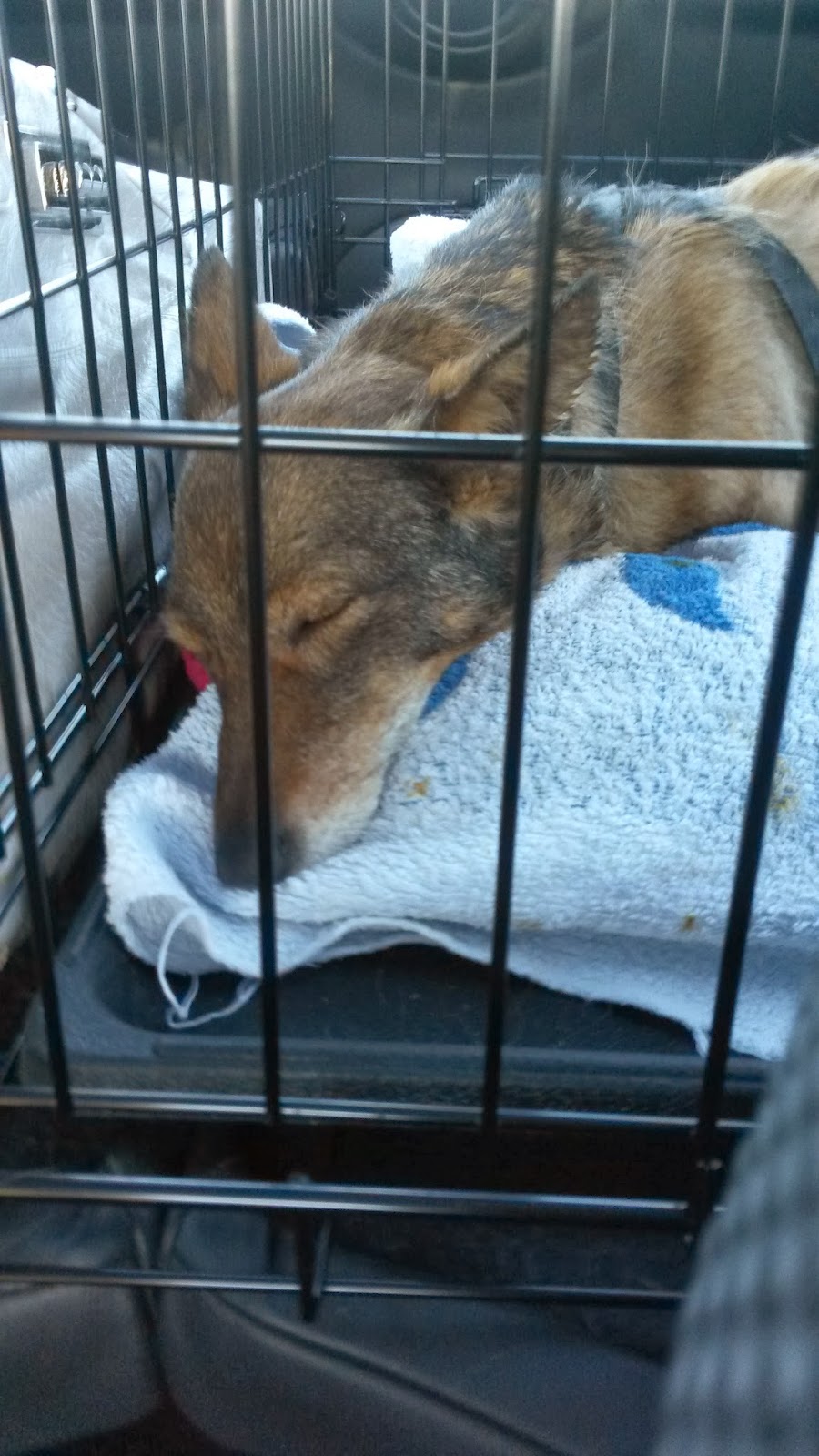 They took it well, to be fair. But it did mean I was covered in my own waste for the next hour or so. Like, I said, a weird world.

Then we got on some kind of thing on the sea and they bloody left me alone, those two people, then they came back and we drove again. I thought I was going to be in a car for the rest of my LIFE. And then we stopped.

They dunked me in water and scrubbed off all my carefully collected filth, excrement and general horribleness. I was cultivating that smell. It was special.

I smell like something I am extremely unfamiliar with, frankly. It's weird.

But then they dried me and keep giving me biscuits and every time I want to go outside I get to go and, best of all, I have this bed made up of soft things all to MYSELF.

This is my bed. I'm in it. Yes, I do look like a fox don't I? Rumour has it my ma and pa were an Alsatian and a fox but no one back home could swear to this. Suffice to say I have a very bushy tail and a very foxy face. 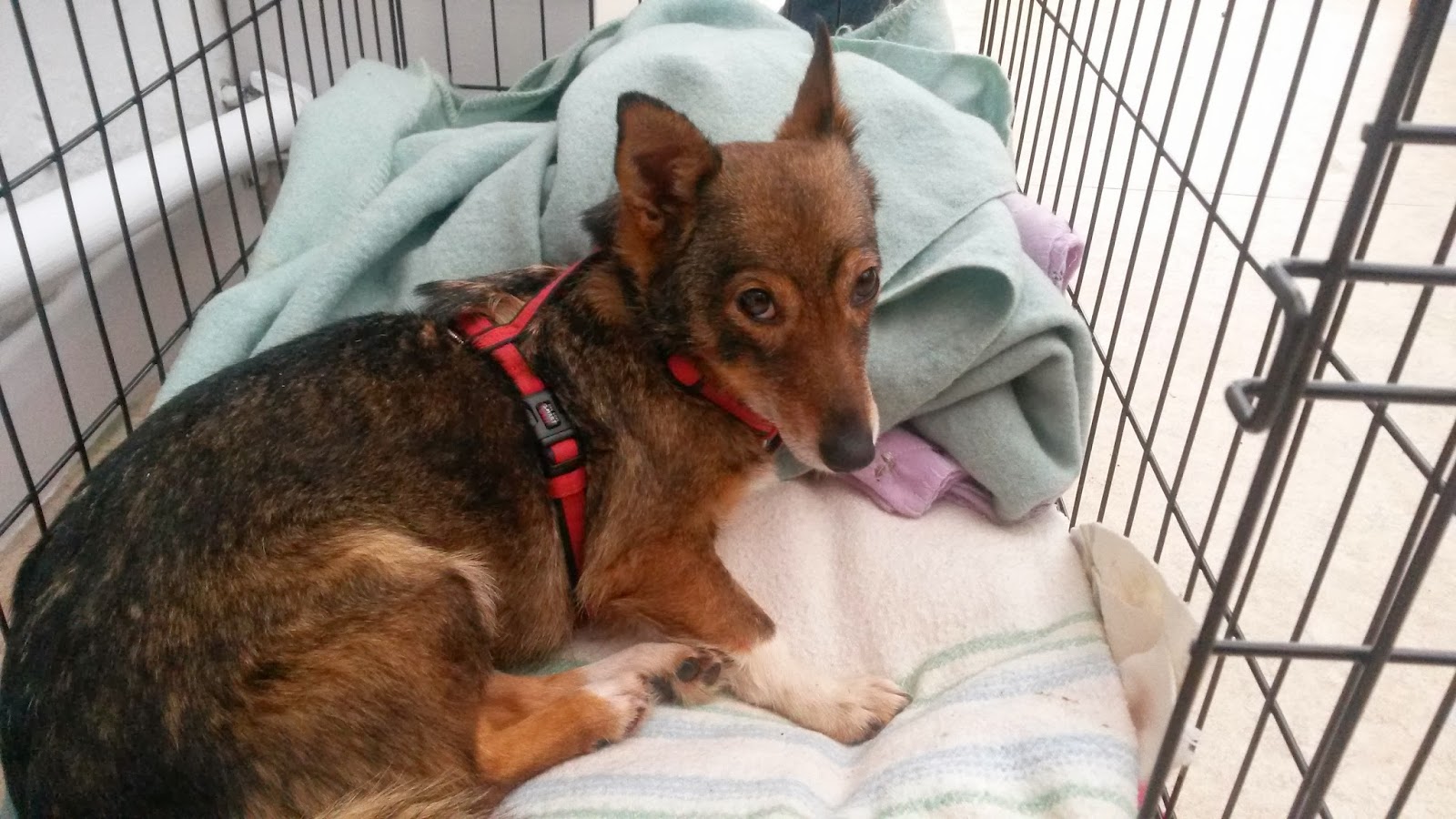 I did get hissed at by some weird black and white creature. I would say it's a cat but I've never seen a cat that fat in Romania so maybe it was something else.

No one speaks Romanian and they don't seem to do much apart from tell me I'm beautiful and buy me things and put food into my mouth but that's fine by me.

Sometimes I like to play and then I forget that I only have three legs and fall down a bit, but it doesn't affect my dignity. I'm fabulous.

Today something extremely undignified happened though. Firstly, I was forced to go to the loo in my own bed as I didn't want to go last night. It was raining. I don't poo in the rain. So that was pretty rubbish but it did mean that I got to watch Her clean it up and that's always amusing. And I got loads of treats and fuss.

Then we went in a car thing and they made me go to a place where they did all sorts of weird things. First they put me on scales. I could have told them I am plenty svelte. And then they took out my stitches. When some weirdos chopped my leg off aaaaaages ago they just left these green things hanging out of me. I thought they were part of me but they were really annoying and I'm glad they've gone.

Then I had a nap.

Here I can nap whenever I want and I have loads of clean blankets and then sometimes I will have a bit of a snack or I will go and find Her and make Her cuddle me. It's all quite satisfactory so far.

I would like to find that black and white creature though. I wonder if we can be friends. 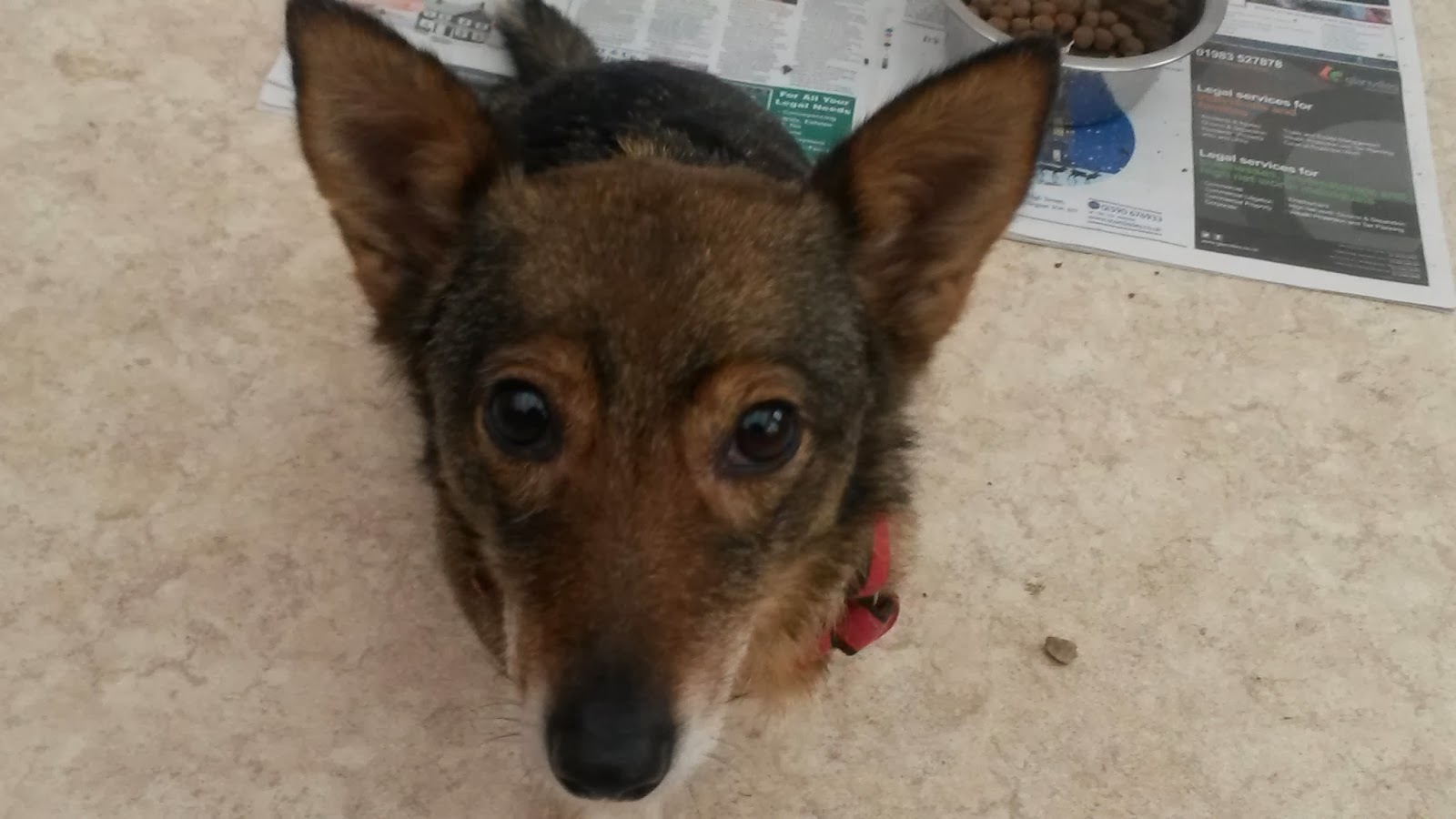