I'll make a seadog of her yet

I'm writing this post simply because the moment filled me with glee. It's about my dog so if you're bored shitless with me gushing on about how she's the best canine in the known world then look away now.

She's been scared of the sea since I've had her. This isn't particularly surprising as she is a tiny weeny dog, used to the mean streets of Romania and the sea is a massive, threatening, stormy thing that has made her get wet against her will on a few occasions.

The fact that we've had Armageddon style storms for the entire time she's been here hasn't, I'm sure, helped.

I've learned lots about my Sushi over the last couple of months. She absolutely loves walking on grass, for example. The sea scares her and she can't stand men in hats. Very sensible I think.

But today was so beautiful that I took a selfish decision to walk her to the beach. I just really wanted to go to the beach. I sat on some rocks with her and just had a lovely little think about everything and nothing. It was magical and restful. She sat next to me like this and we contemplated our navels in the glorious sunshine. I don't take her to the water's edge anymore because she really doesn't like it and I essentially live to make her happy now. 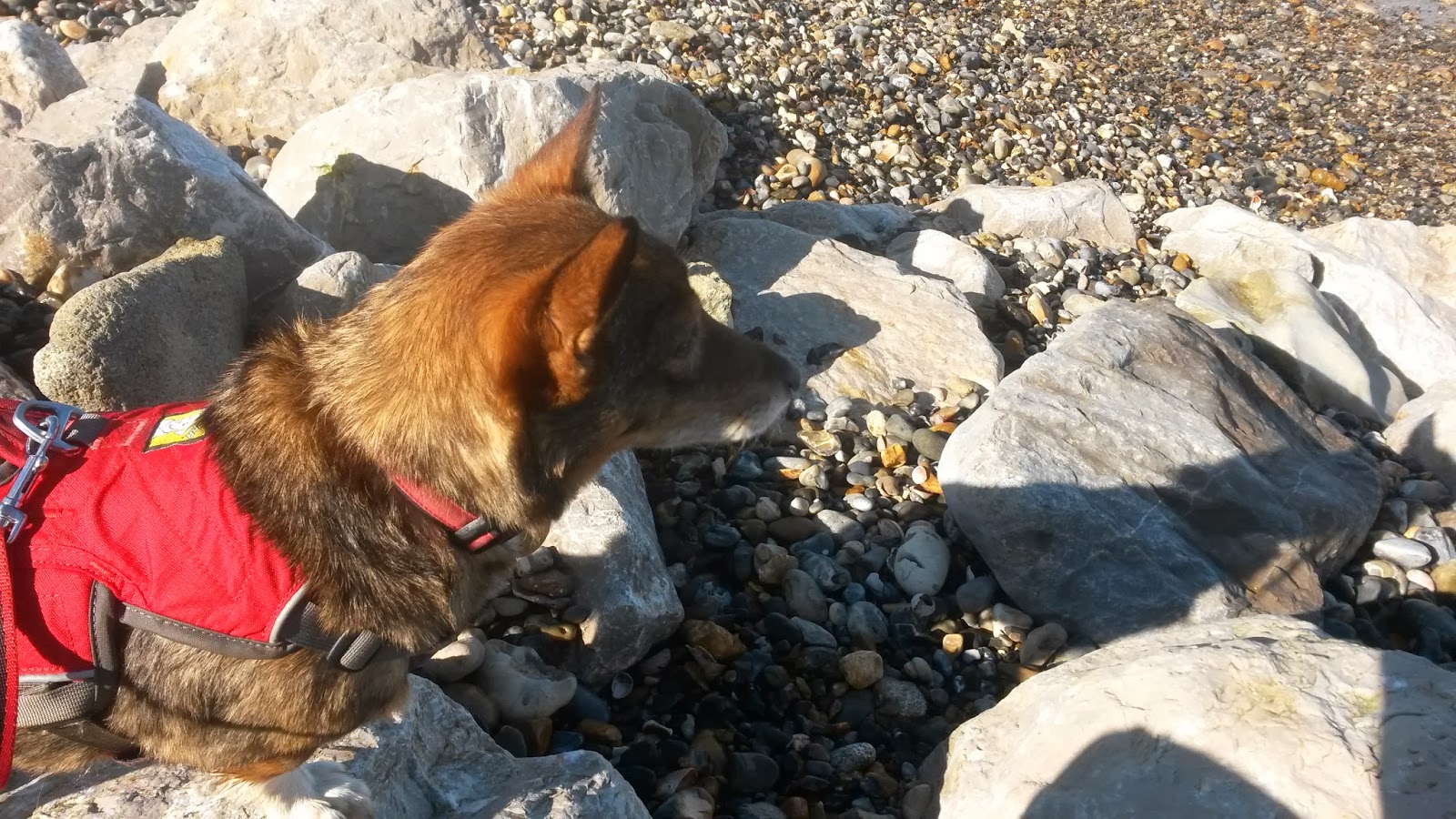 As we sat there she started watching the sea. And then this happened. 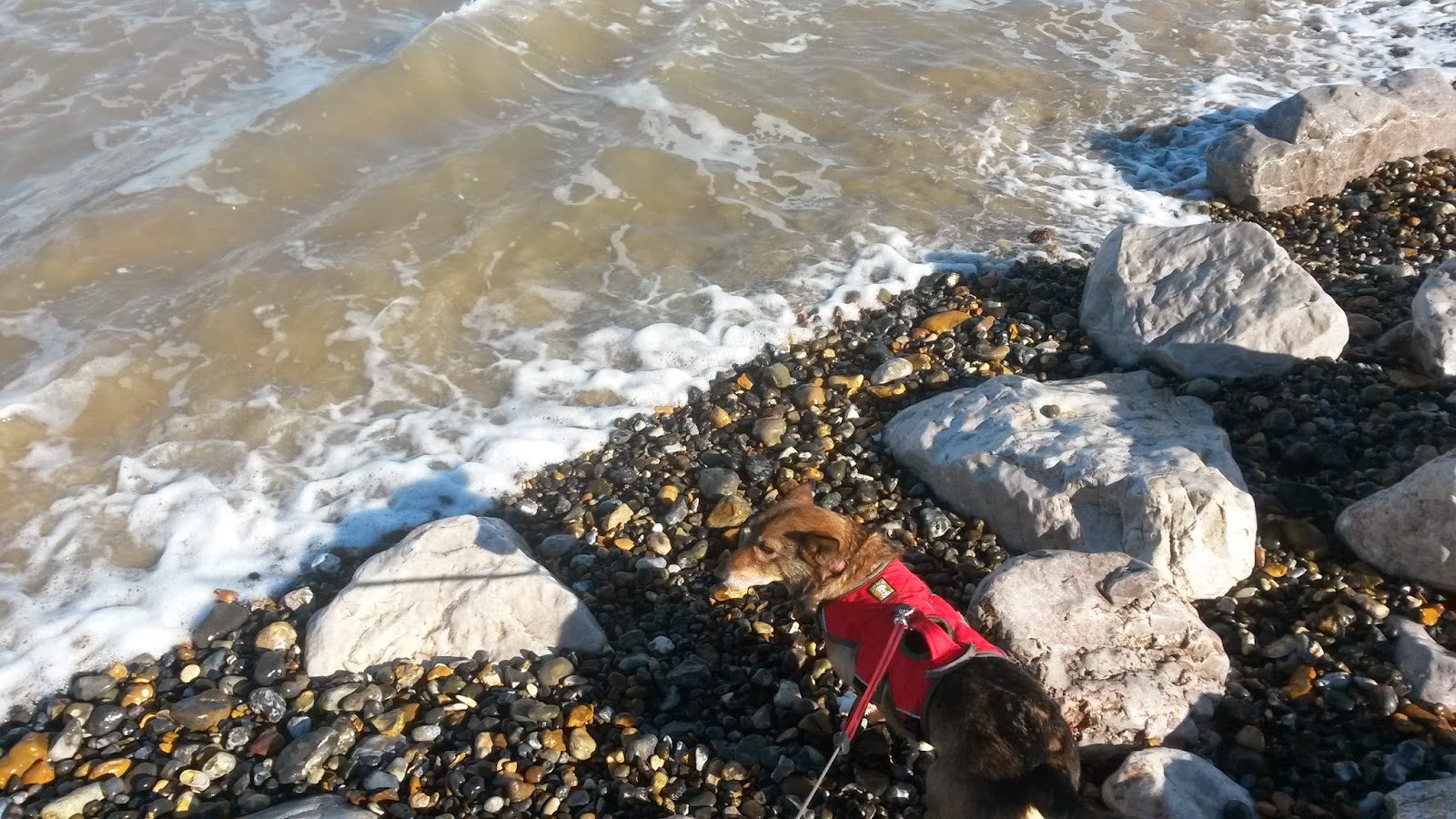 She chose to skip down to the water and almost dipped her front paw in. I squealed with delight. We played by the sea for ages and not once was she frightened, not even when the bigger waves rushed in.

And then she skipped like a gazelle over the rocks that I belatedly realised you're not actually meant to walk on. 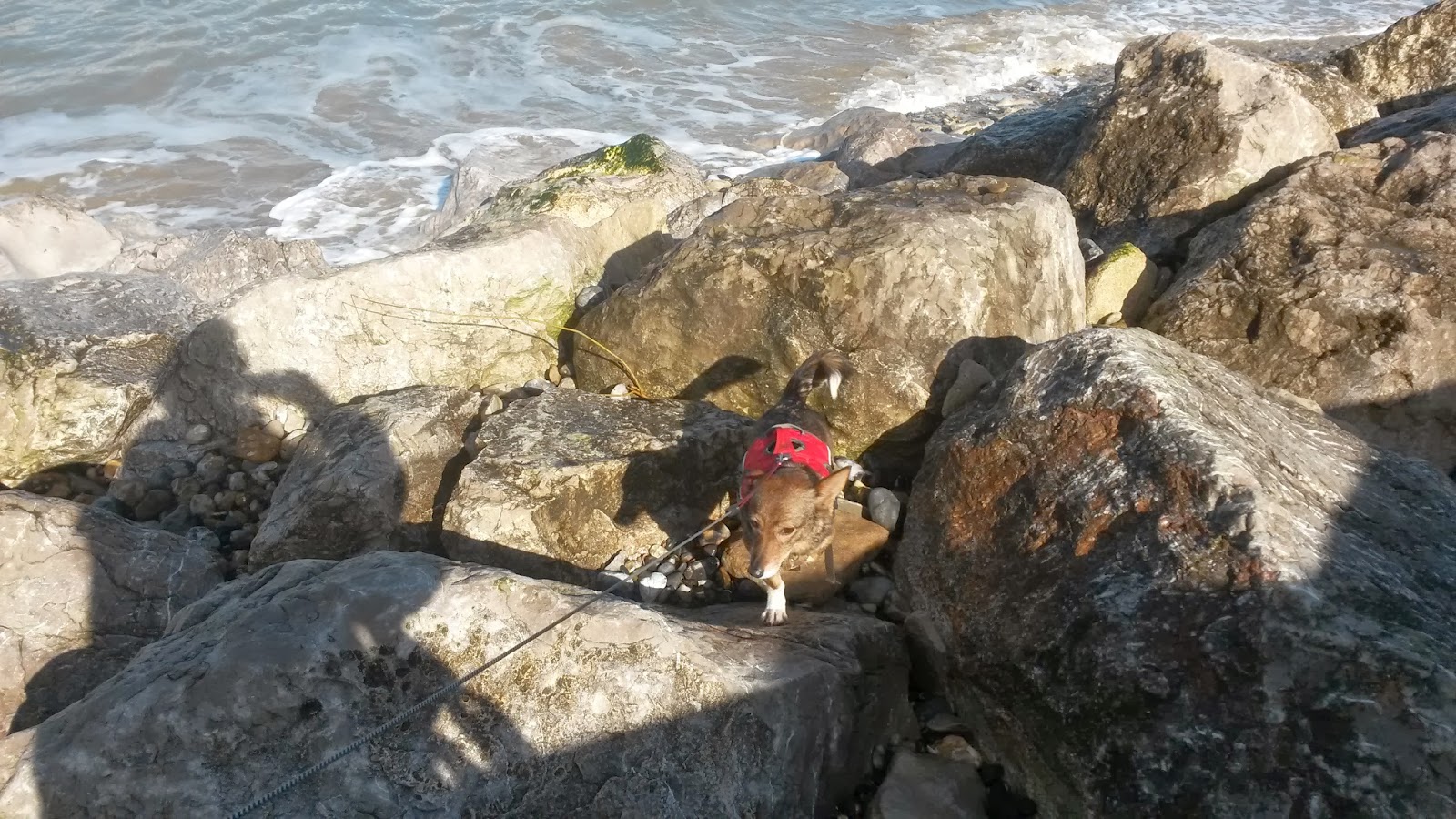 In short, I am delighted by her even more today than I usually am. And that's a lot.
Posted by thereseraquin at 16:07