An internet dating guide for men: First messages - how not to do it

A while back I wrote an internet dating advice post for women. In the interests of fair play and being a lovely person, here are some tips for men when considering their first messages to the lucky lady of their choice.

I've just picked a few at random - these are mostly from OK Cupid, some are from Plenty of Fish, before I was banned FOR LIFE and there may be a Tinder. Weirdly, Tinder has been a lot less creepy than the more traditional sites. I think it's because you can only get messaged by someone you have already liked, so there is an element of control.

And as we know, I do love a bit of control.

I'm going to let these speak for themselves in most cases, although I may not be able to stop the snark where necessary. If you feel I'm being overly harsh on any of these guys then we'll just agree to disagree shall we? Yeah? Good.

DON'T use textspeak. Unless you are 12 there is no need to write 'lol'. Not just because it's lazy and an abhorrent bastardisation of the English language but also because it makes you sound inane and weird. If you met a girl in a bar, you wouldn't run up to her and laugh in her face before you say anything, would you? Well, would you? Oh, you would. Odd. 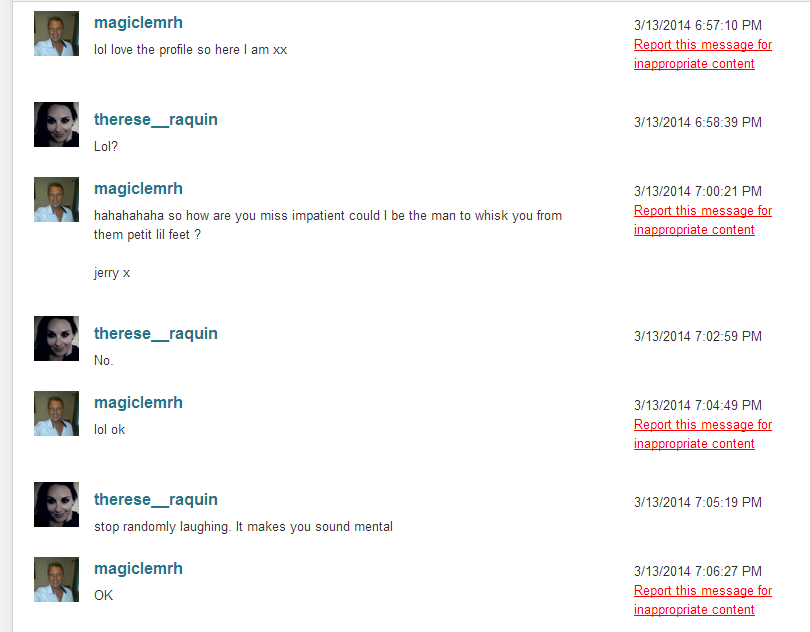 DON'T write shit poetry. It's possible I have a poor sense of humour. I know this. It's also possible that in someone else's eyes this would be the most hilariously witty and enticing first message ever. But it just made me simultaneously hate him and want to punch him and yet sort of pity him a tiny bit.

DON'T ever say this. To anyone. In a first message on a dating site. Or ever in real life either, as a first ever line. Just don't.

DON'T just keep going. I'm sorry Neil. I almost feel bad, but if I haven't replied to the first two, I'm probably not going to reply to the third.

DON'T do whatever this is.

DON'T follow up when you didn't receive a reply to your first message. Particularly if you then go on to strike some kind of false note of intimacy by addressing the poor woman (ie. me) as 'hun' and misspell okay as 'oaky' when your body bears more than a passing resemblence to a block of wood. It's all just weird. Also, if you non-ironically ever say 'You OK hun?' I'll have to kill you.

DON'T be like Fernando and try and sleaze your way in. 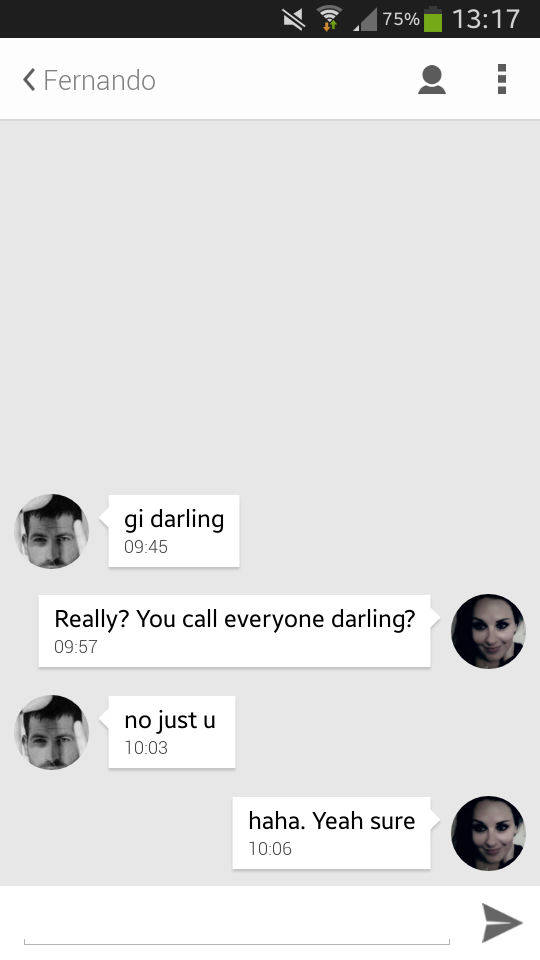 DON'T message a woman like this ever, but particularly if you are 18 and the woman is 37. You horrible horrible little boy.This is the holy grail of gross, inappropriate, offensive and shudder inducing first messages. Congrats rjree. May you have a long life of being a disgusting creeper ahead of you. I hope this has been helpful.