My week on the internet

It's been a while since I blogged. This is because unprecedented things have been happening. Like me actually writing my book. I KNOW RITE. Amazing. I decided that instead of spouting shit on here every day I'd put that writing energy into my actual book.

But I've been collecting a few weird dating messages over the last week or so and feel the need to share. This is an eclectic smorgasbord of delights. Not all creepy. Some just weird. Some hilariously rude. Some odd.

Let's start with the self styled 'Man of My Dreams'. He doesn't even have a picture but that's OK because we would make a 'beautiful couple'. 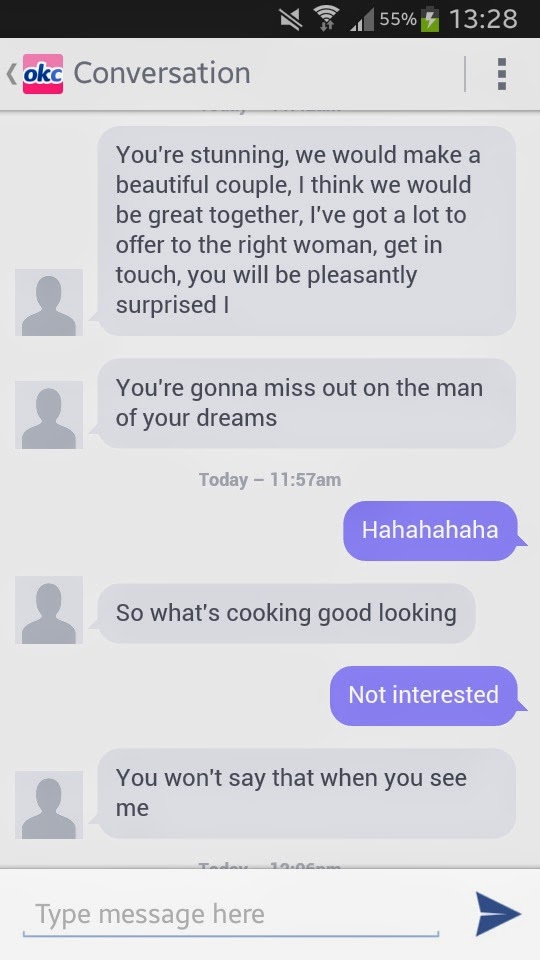 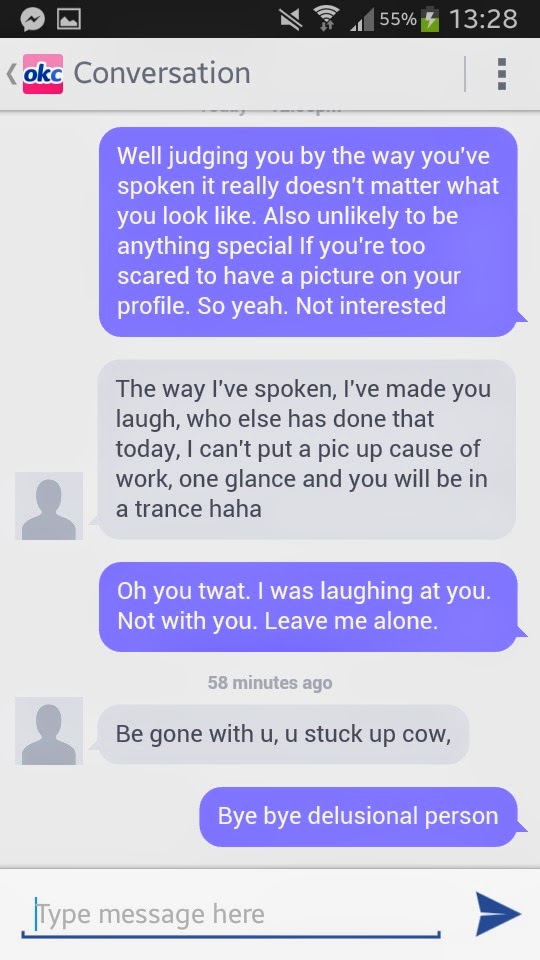 I am, naturally, a 'stuck up cow' for not leaping at my once in a lifetime opportunity to associate with this winner. OK, so much for him. You may have noticed I've been skint recently because, although I seem to work my ass off, some of my clients are, um, rather tardy with paying, so I'm still skint. So when I was offered a 'business opportunity' I just had to find out more. 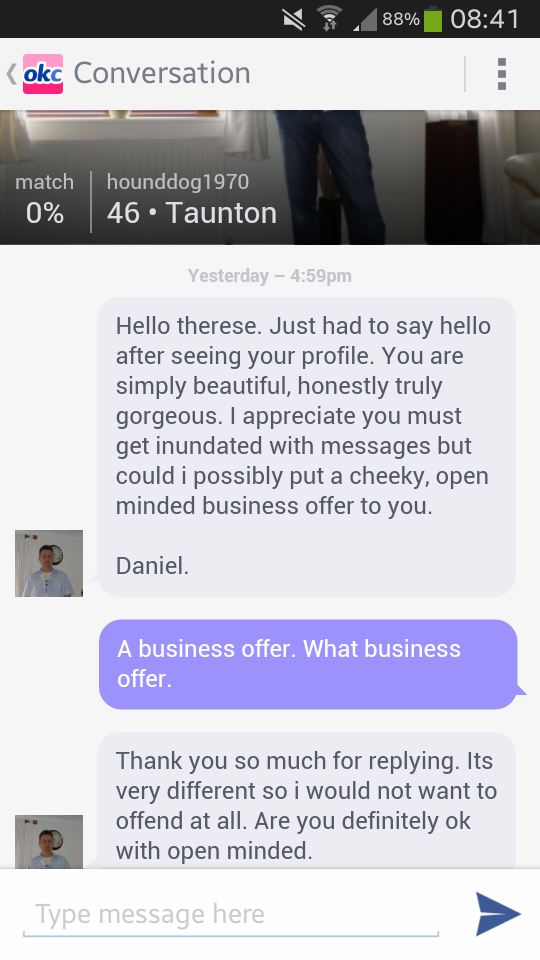 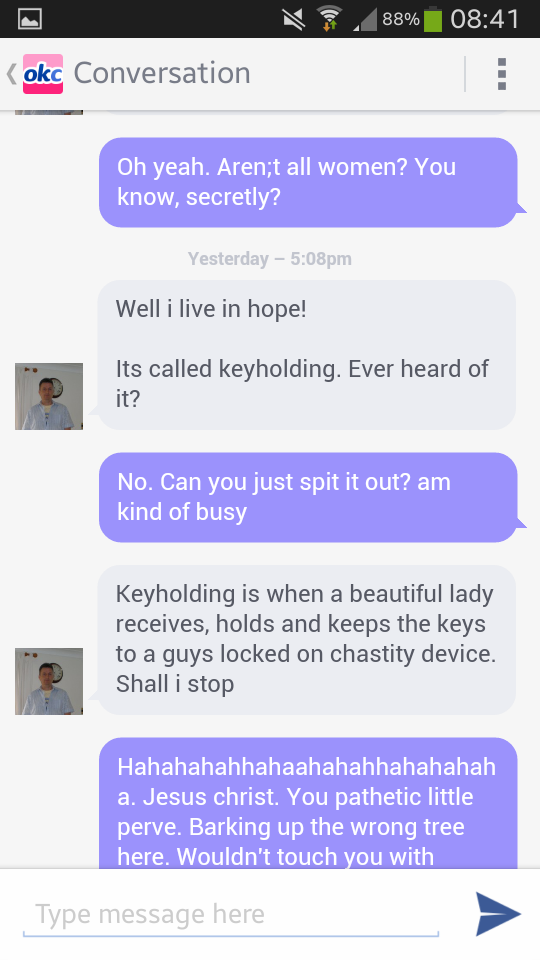 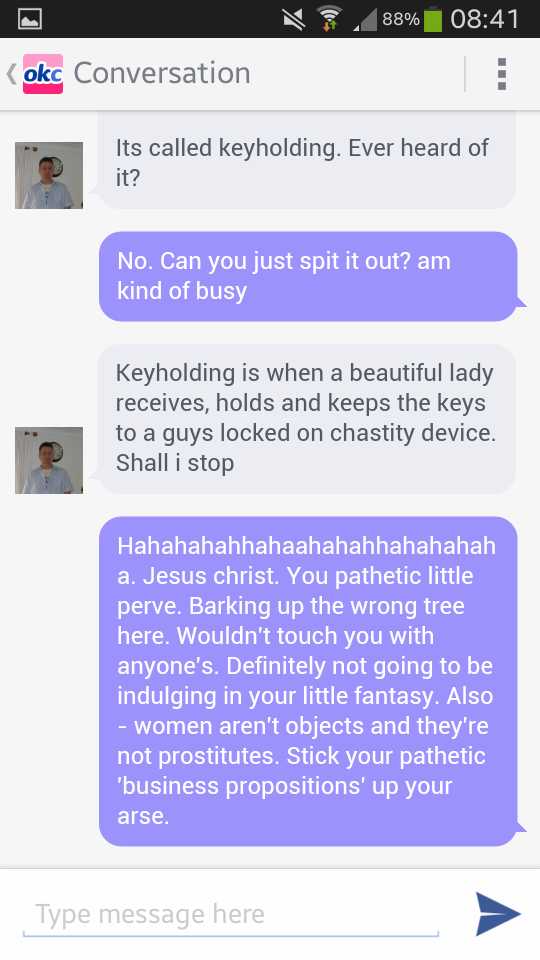 Too harsh? NAH IT WASN'T. SHALL I STOP?

This guy messaged me. From America. To 'chat'. I don't know what it was, but I had a feeling that perhaps he wasn't wanting to shoot the breeze about politics. His username made me do a lol. 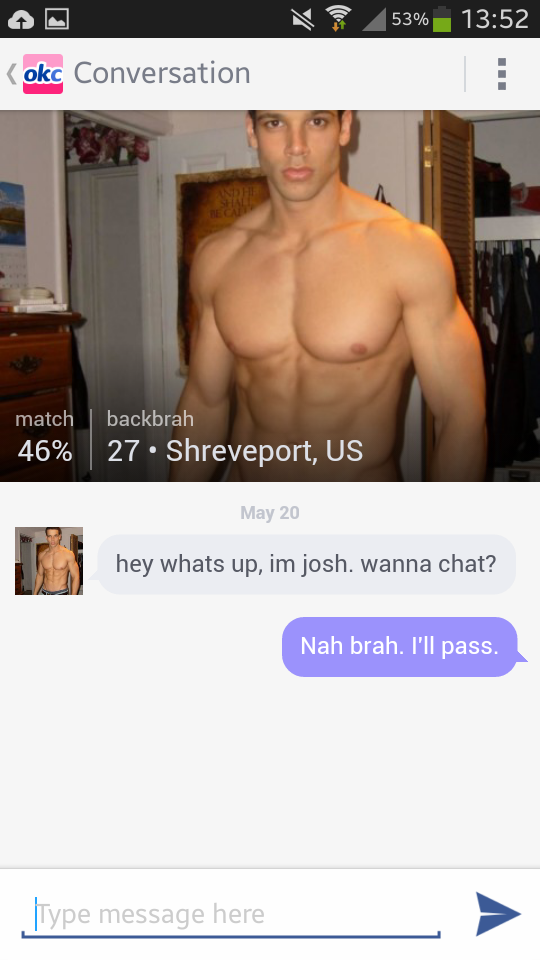 The moment I found myself apologising for the inferior quality of restaurants on the Isle of Wight. We'd had a very short, bland chat until we got to the apparent nub of the issue. The real reason he'd wanted to talk to me. As soon as I apologised for the state of the Chinese takeaway in Bembridge that was it. We never spoke again. Still, I feel I've done my duty. 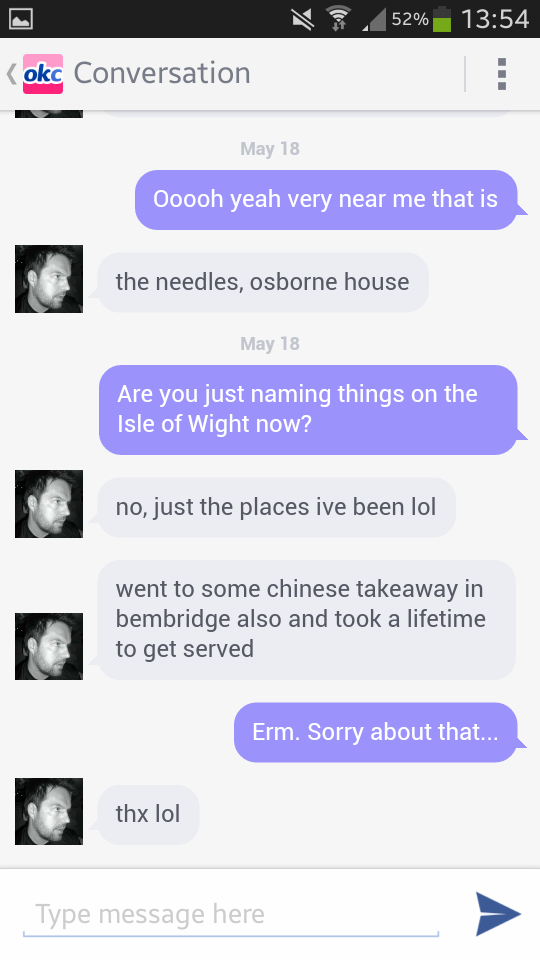 And as a bonus, this is something that I saw on a page dedicated to buying and selling shit on the Isle of Wight. Both metaphorical and literal shit. For a split second I actually thought that some chav was selling their actual baby. But no, don't worry, it's a completely normal creepy as fuck doll that looks like a new born baby. BECAUSE WE ALL WANT ONE OF THOSE DON'T WE? 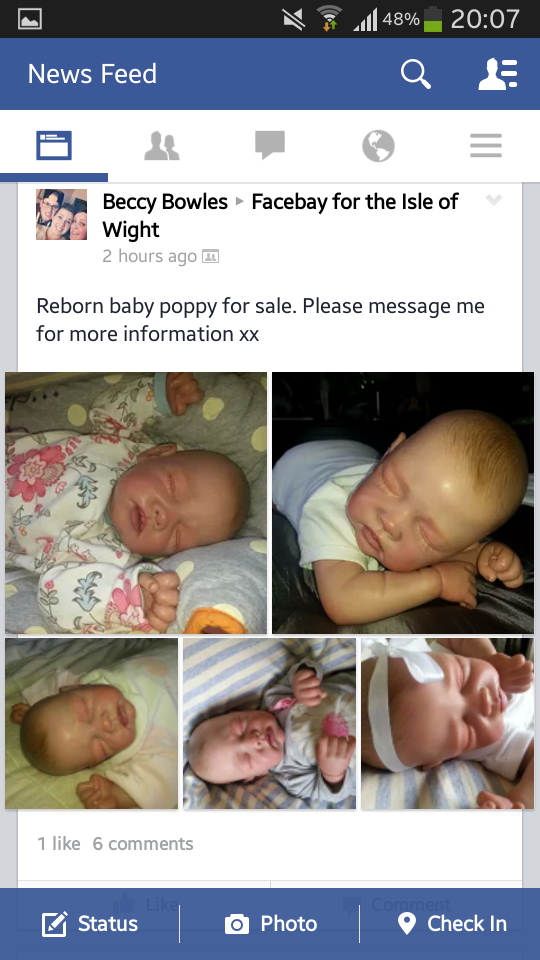 I also looked at other things on the internet this week but we don't have time to talk about that.