Alright. This is fluff. This is toss. This is pointless rubbish that I'm writing because I don't want to do anymore god damn work today. So instead I'm plundering Netflix to the very depths of shitey films.

So far I've watched Gothika with Halle Berry (so bad. So very, very, very bad. SO BAD. Robert Downey Jr is still eminently cute, watchable and a general fox though, so not all a waste of time). And now I'm watching Twixt, which is purportedly directed by Francis Ford Coppola. But I'm not sure that can be true. He made Apocalypse Now for fuck's sake. This can't honestly be anything to do with him.

It's an absolute shitefest of a confused morass of gothic imagery, incoherent plot lines, disjointed story telling and bizarre rather too improvised acting. It feels like a film I should like because it has ghosts and goths and writing and the Devil and a pseudo Twin Peaks air to it. But all I can think about is that it's answered three specific questions I had. To whit.

And it got me thinking. Time is a cruel, cruel thing. As evidenced by what has happened to the following men who I, at one stage or another in my life, on whom I had what is called a 'crush'. You may scoff at some, perhaps all, but I did wish I was bumping uglies with all at one time or another.

JAMES SPADER. Yep, I used to fancy James Spader. Briefly. Remember Steff in Pretty in Pink? Remember how much sexier he was than bloody Blane. Who the feck is called Blaaaaane anyway? So yeah. James Spader. Previously oddly bangable. Now looks like a dinner lady. 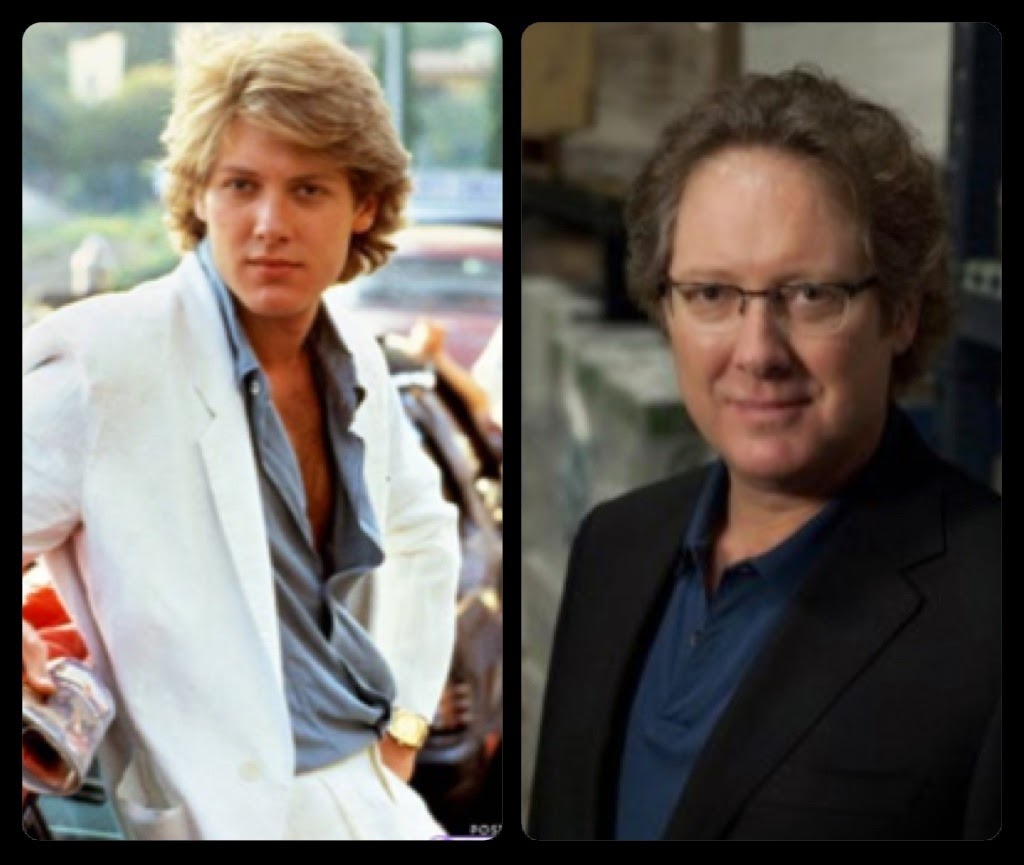 JUDD NELSON. John Bender. The guy I grew up wishing would suddenly turn up at my school. Although as I was weird goth girl that means I'd have ended up with the jock. That pleases me not at all. Anyway, in The Breakfast Club he was hot. And he smoked. And he looked like he'd know what to do. And from the vantage point of a 12 year old, he looked very much like my ideal man. Now he looks like my old boss. Who was a woman. JUDE LAW. I've thrown Jude Law in at a friend's suggestion. The idea goes that although he could pull of the early years of pretty spoiled rich boy charm, he has now become weasel like and looks like a bit of a perve. However, I have studied this photo in depth and I definitely still would. I'm on the fence. He's on the Rogaine. 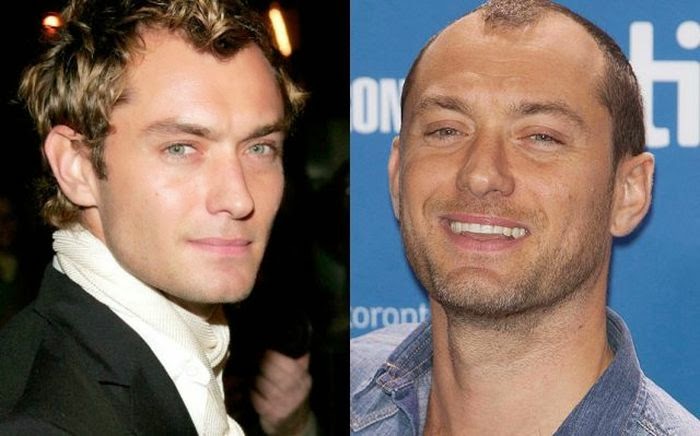 MEL GIBSON. My first proper grown up crush was Mel Gibson as Riggs. Even though he had a mullet. Mel was a gorgeous man. I don't know if you've noticed but in all of his early films there are many scenes of him running. Running very fast. Often in wet clothes or with a bare chest. It did something to me. His voice did something to me. That bit where he drank a lot and nearly killed himself did something to me. And then somewhere along the way he became really fucking horrible. And the more horrible he became, you know with the anti semitism, weird political stance, abusive behaviour thing, his looks seemed to shrivel along with his popularity. Now he looks like an old, drunk, sad country and western fan who spends a lot of time trying to make his hair all bouffanty to cover up the bald bits. He's a jowly horror. 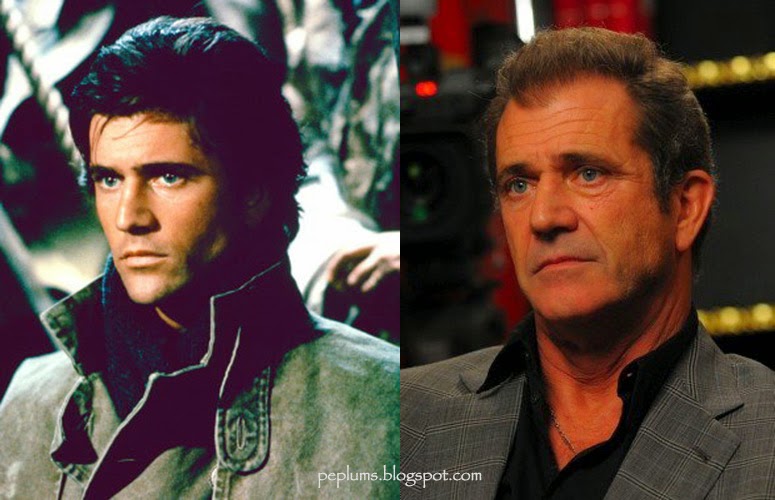 VAL KILMER. From Top Gun (I was WAY too young to realise it was all very gay) to Real Genius to The Doors, Val was fit. He was damn sexy. And he was funny. Have you seen Top Secret? If you haven't, you should. And when he started impersonating Jim Morrison my ovaries didn't know what to do with themselves. And then something happened. Something that possibly involved a solid 15 years of eating pizza. Pizza covered in lard. I don't know. I don't know what and I don't know how but Val is literally a different person these days. Maybe he ate himself. 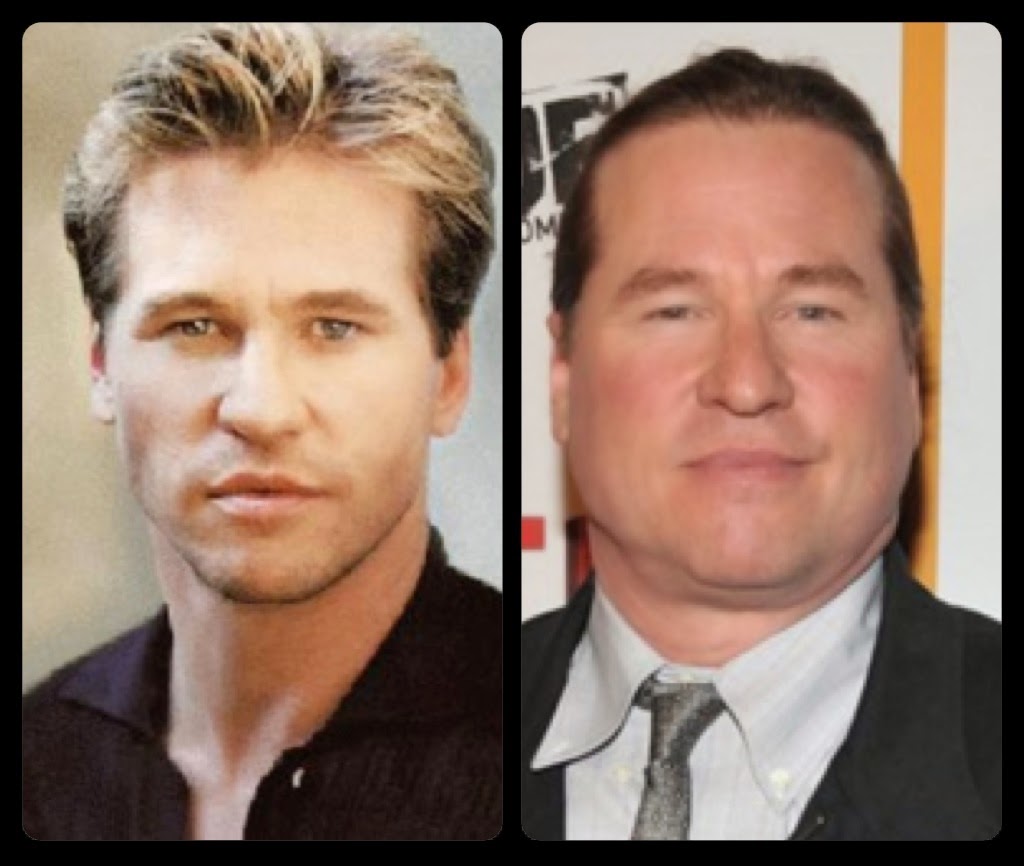 ADAM ANT. Prince Charming got old, man. And did something weird to his beard. 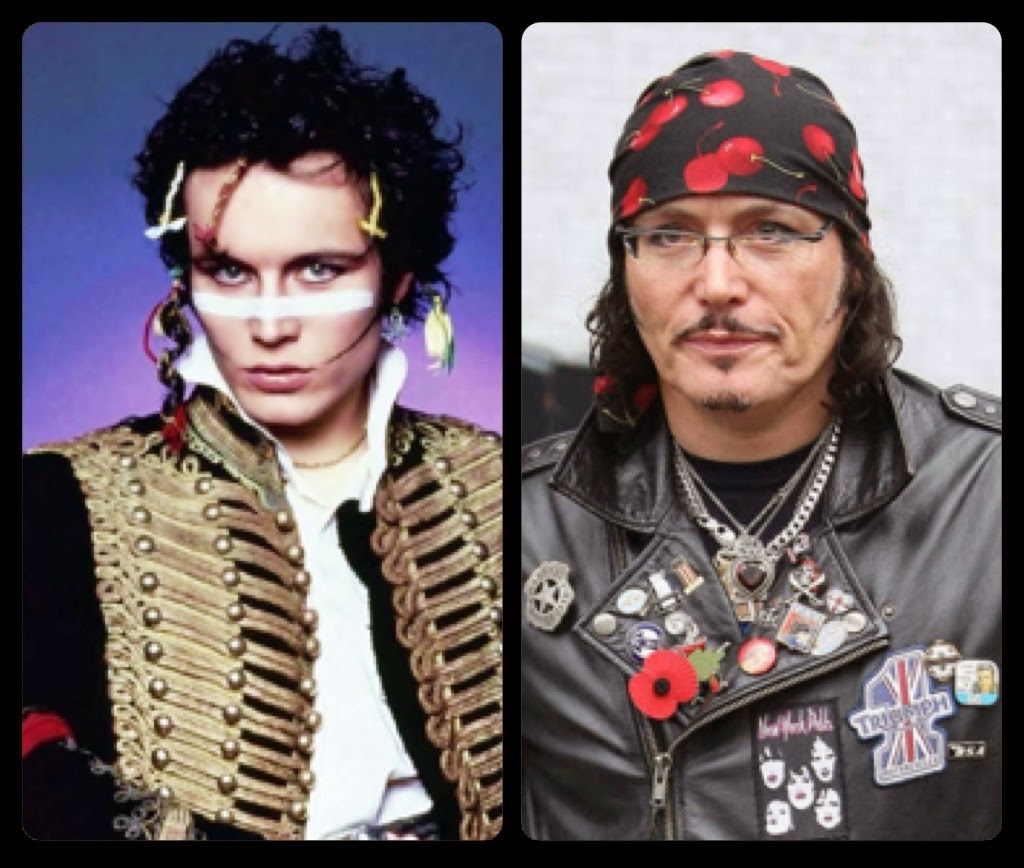 AXL ROSE. Perhaps the hardest one of all to write about. Oh Axl. What happened? How? The drugs weren't worth it were they? Although people frequently express disbelief at my crush on Axl - a crush that lasted right up through Use Your Illusion, parts one and two, and probably up until around 1996 - I found him almost unbearably sexy. Unlike Slash, who seems to have looked the same since he was inexplicably conceived in Stoke on Trent and Duff, who actually looks way better now than he did in his bloated heyday, Axl has morphed into a fat old lady. In a wig. 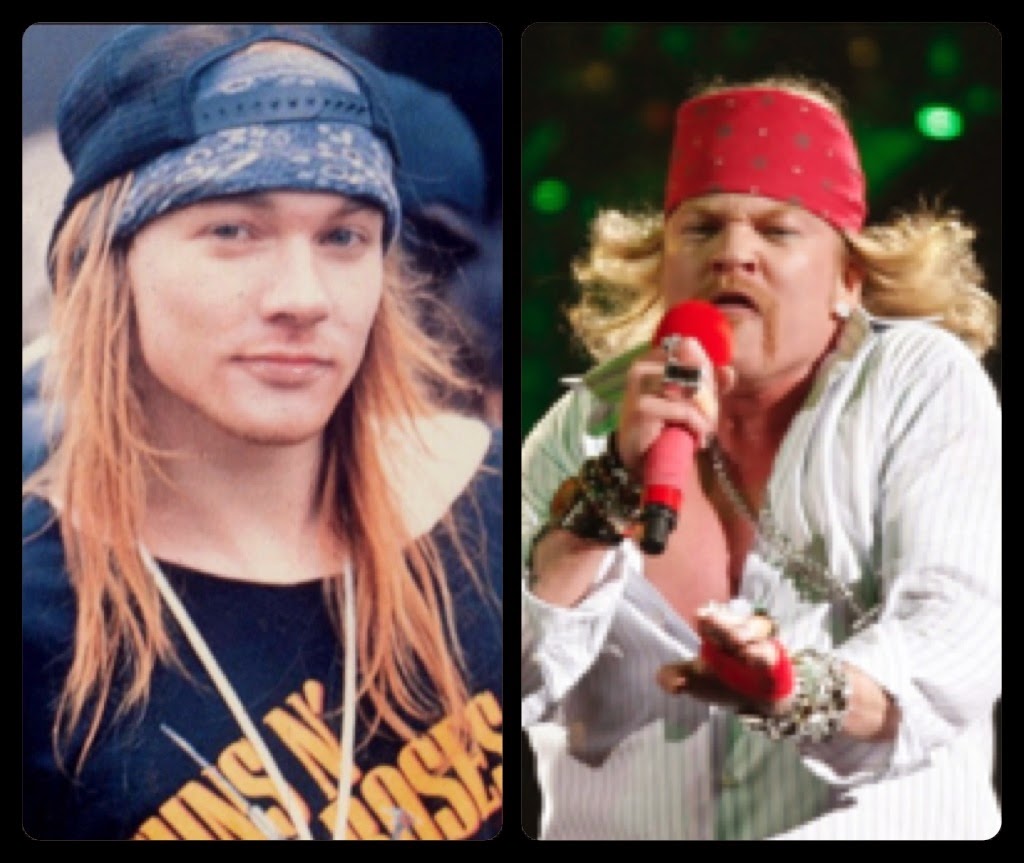 This post has made me nostalgic for the time when men smoking fags and doing drugs was still hot. For the time when Axl was a snakehipped sex beast and Mel was Mad Max. For a time when Val had ice chips for eyes and abs you could bounce a 50p off.

So, to cheer myself up, I decided to finish this post with a reminder that although time is very very cruel to some, it makes not a dent on others. Witness the god like and possible vampire Keanu Reeves. Thank you Keanu. I can always rely on you.