It's apparently the oldest theme park in the UK, having been there in one form or another since 1843. As is usual with such claims, they stretch the meaning of 'theme park' to its zenith. A rich family basically charged people to come and walk through their land and served them tea for a few decades. At some point they built a gnome garden (yes, an actual garden on gnomes, and no this is not actually Craggy Island, the Isle of Wight is a real place, OK?) and charged more.

As the 70s hit, various bizarro sculptures and attractions were added to the park and they started charging ever more cash to tourists. Due to landslips a lot of the original parts of the place have literally disappeared, crumbled into the sea, so for me, who originally went sometime in the early 80s, again in the early 90s and for a third time in 2014, it's a weird experience.

So much nostalgia and recognition mixed up with constant feelings of displacement and confusion. Was that there before? Was that? What about that?

When I first went in the 80s, I loved it. Absolutely loved it. To grown up eyes it may have looked like a few disparate attractions barely connected with threadbare themes, dodgy design and odd placements, but to an eight year old it was some kind of nirvana. I don't know to this day whether that was because there seemed to be naff all else to do (I don't think so though, my memories of summers on the Isle of Wight in the 80s were sun, sea and barbecues. Oh, and my dad nearly dying of his first heart attack. But let's not open that can of worms right now, eh?) or whether it actually was that magical. I'm going to go with magical. It's nice to think that once upon a time I believed in magic.

I have clear memories of the gnome garden - at that point half way down the cliff with the gnomes looking like they were doing some kind of extreme gnome sport - dinosaurs and Cowboy Town. Cowboy Town was this awesome actual Wild West town, with a saloon and horses and wagons and everything.

In 2014, I wasn't disappointed. Conflicting memories and confusion as I tried to work out what was there back in the day and what's new. The dinosaurs now roar and move: 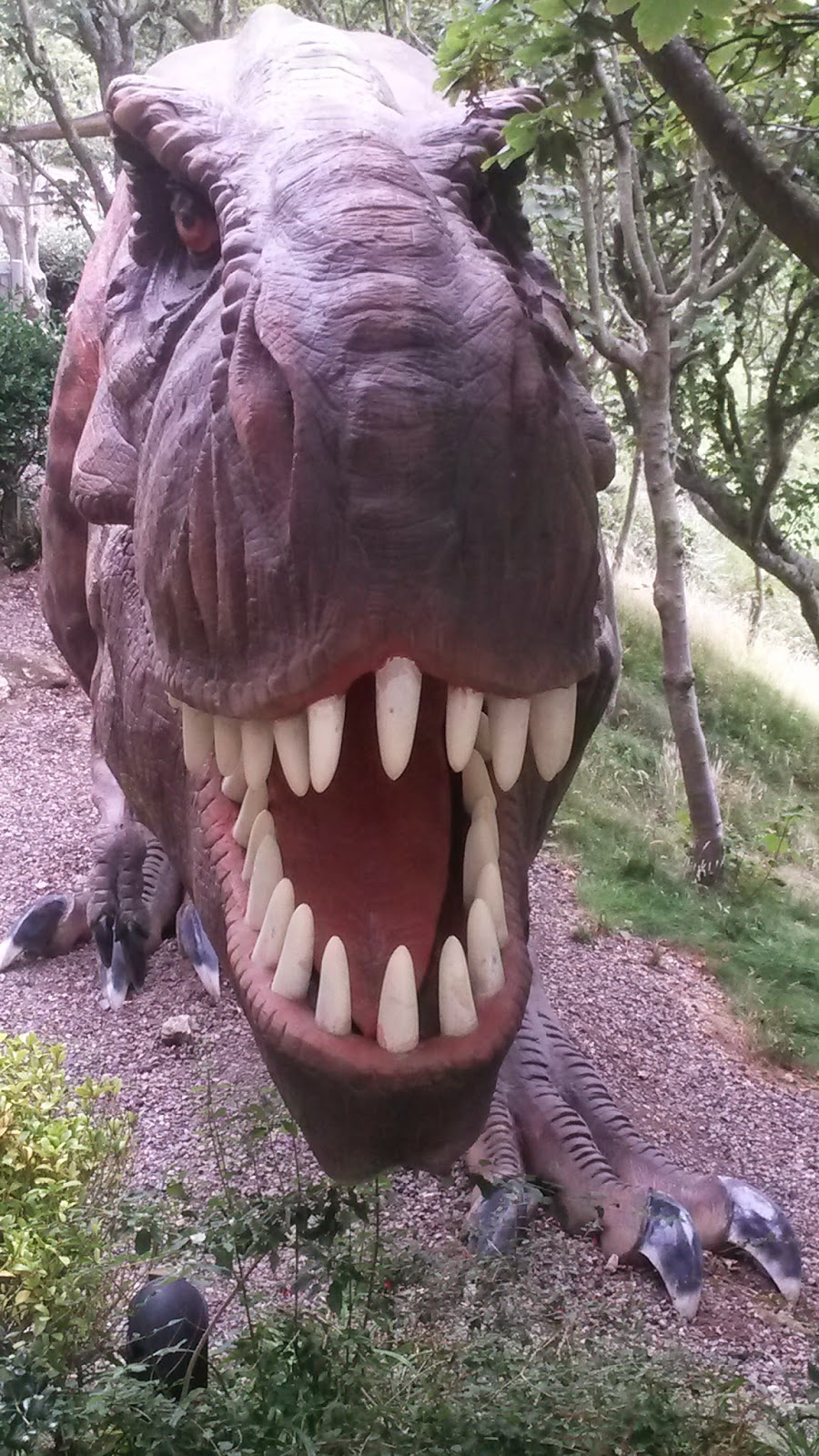 there's a rollercoaster that definitely wasn't there before and the gnome garden is no more. But there was the Mouth of Hell, a memory buried so deep I had a delighted moment of recollection when I saw it. 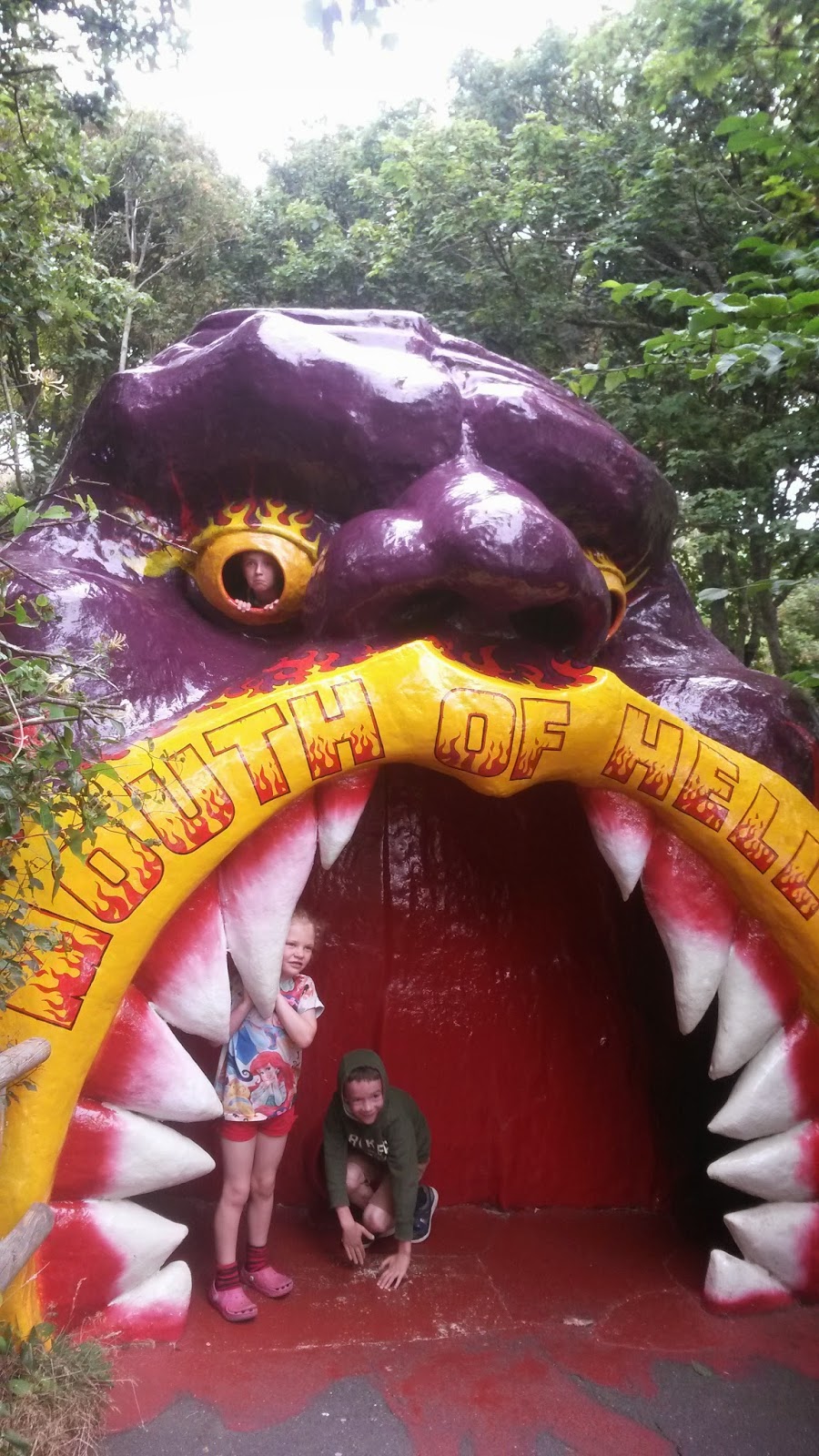 There was also this random 70s druggie mushroom that I suddenly remembered when I saw it. I think weed and mushrooms may have been the staple diet of the park designers in the 70s and 80s. It's a trippy wonderland through 'Fantasyland', which just houses lots of terrifyingly gargolyesque fantasy figures and 'Dinosaurland', which is pretty sedate in comparison. 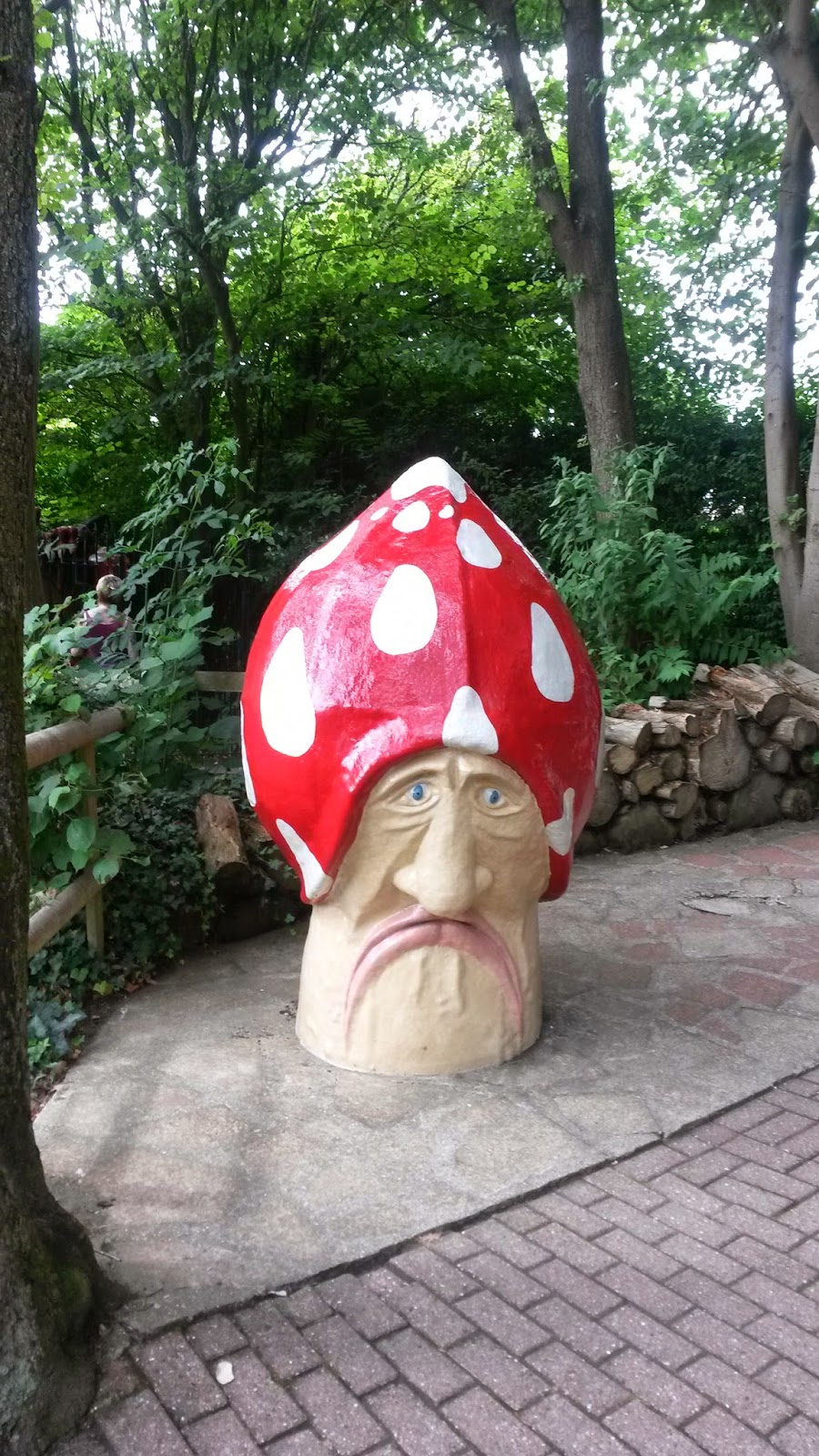 It became more difficult to remember what had been there before and what was new - a trip through one's actual distorted memory is almost worth the extortionate entrance fee in itself.

What I didn't notice as a child was the phenomenally beautiful view over the sea. The actual Channel, not the Solent. When all you see is the Solent, you feel like all seas are essentially crowded parking bays for rich yuppies to stick their yachts and summer boats. All you can see are boats bobbing around and barely any open water at all. So to suddenly be confronted with a vast expanse of silky, hazy ocean was breathtaking. No ferries, no cruise ships, no tankers, just endless ocean drifting into the clouds so that you couldn't even make out the horizon. 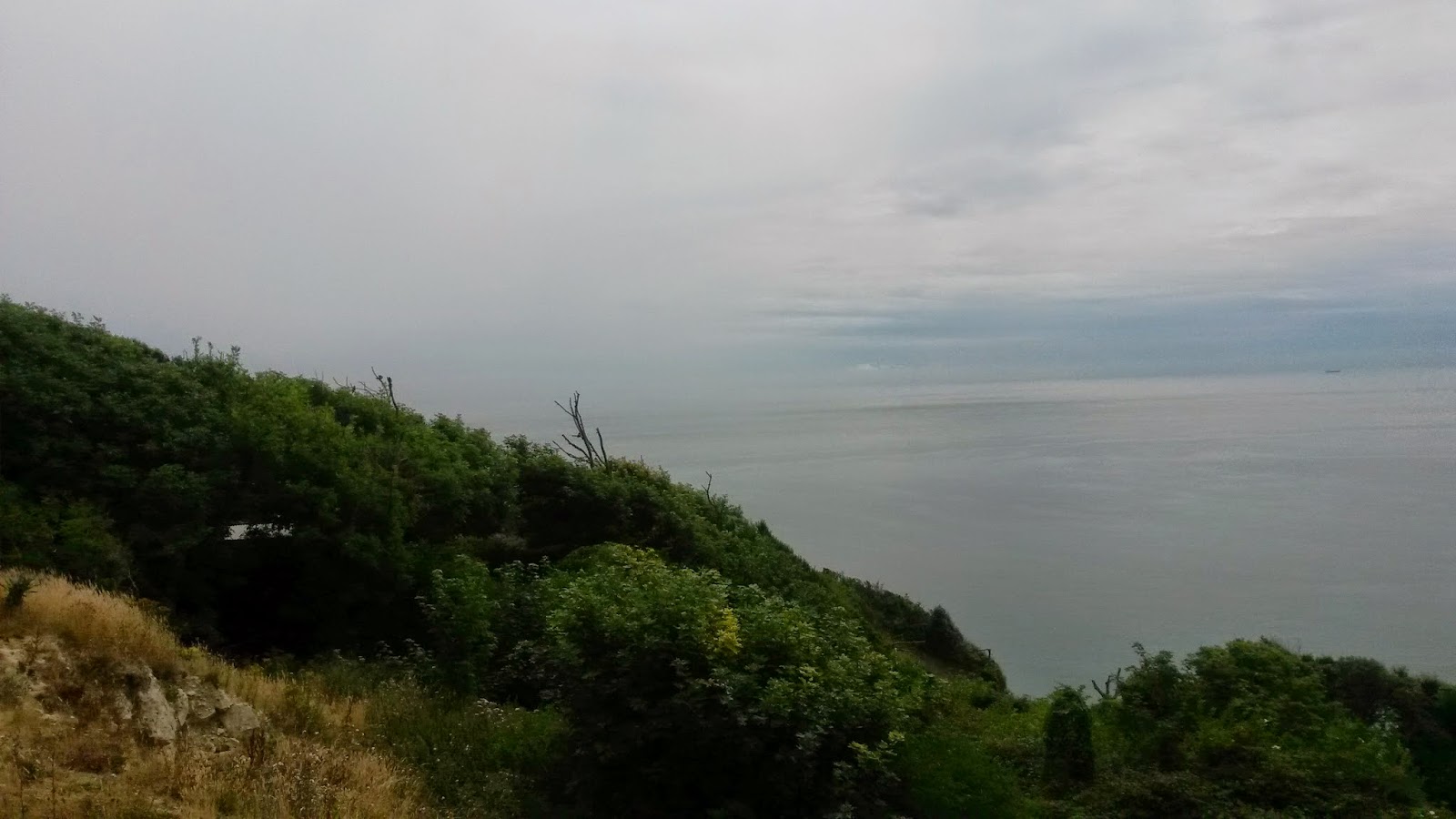 Blackgang Chine is essentially a rather short walk punctuated with various 'worlds', the best of which remains Cowboy Town. Kids legging it round shooting each other in an Olde Worlde saloon bar was ace to be around, almost as ace as doing it myself back in the day. Everything was how I remembered it.

A bizarrely English place to visit, Blackgang Chine is full of weirdness and oddities with a total lack of Disney or Tussauds polish that has rendered most places so homogenised. If you can get over the astronomical entry fee - the only place on earth where adults are classed as age four and above? - it's so worth it. Particularly if you have some overseas visitors with you. It'd be worth it for the looks of confusion on their faces alone.