Wowsers. Surgery's FUN innit? No? No, you're right. It blows.

Couple things have happened in the last week.

One included being put into a state of unconsciousness while a group of strangers sliced me open before waking me up and agreeing that I will most likely feel very poorly for a while.

Another was that my friend published a book.

Although this is worthy of mention anyway (from someone who is constantly struggling to finish hers I have nowt but admiration for people who finish and then publish) it's also very exciting as I had a small hand in its formation.

It Looks Like You're Writing A Letter is the first book from Alexander King. 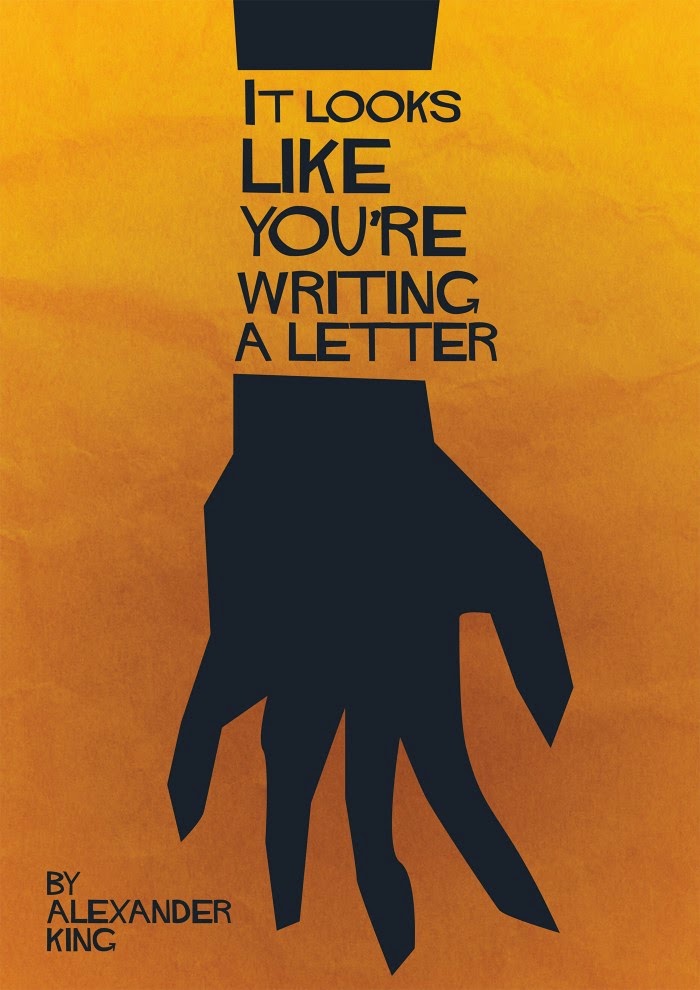 And I edited it.

It was written during NaNoWriMo last year. Loads of people do that and it's ace and all, but then to carry on and actually edit and polish, that's less common. And then lots of work happened - suggestions, editing and grammar tarting only from me, naturally - all work by him - but then it was finished.

I've read it four times. That was because I was editing it though. I'm not saying that's something anyone should do. But you'd do a lot worse than reading it once. It's well good and a bargain at £1.90 (ish, something like that).

Here's where you can get it:

And, if you must be an Apple drone, here's an iBooks linky.

I loved editing it. Although I edit copy for work a lot and it's hardly a new phenomenon, this is the first time I've edited a book to the finish.

It's interesting to play a part in a project but from such a distance. Although all grammatical stuff was taken on, some suggestions weren't (and nor should they be). Thrashing out plot points, character motivations or back stories with the creator seemed to get my brain going in a different way, which was new and different.

If anyone reading this has a book, novella, short story or, at a push, haiku, they'd like editing assistance on, hit me up at blackcatwritinghelp@gmail.com. Let's talk.

Otherwise, I'd totally download this if I were you.

Email ThisBlogThis!Share to TwitterShare to FacebookShare to Pinterest
Labels: Black Cat Writing, editing, It Looks Like You're Writing A Letter, NaNoWriMo