Couldn't even formulate a smart ass response to this one. I was too busy in the shower with the bleach.

I dunno if he was recruiting for something but he caught me on a morning where I'd had four messages within half an hour from what can only be described as children. Not literally NSA, but as far as I'm concerned. Read my motherfucking profile you little scrotebags. 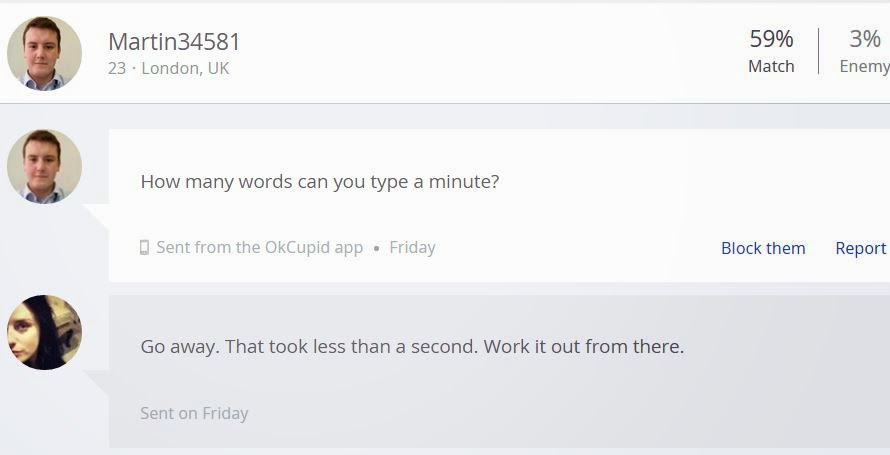 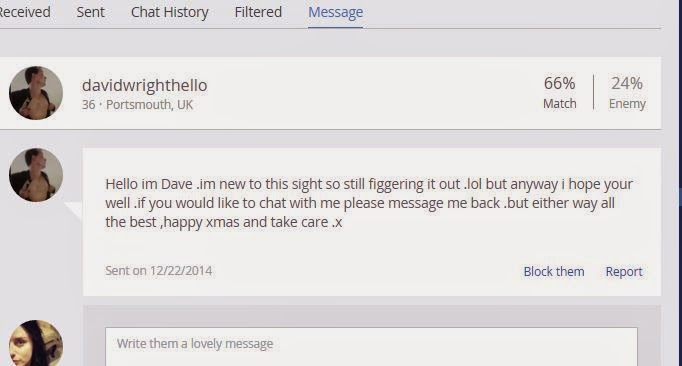 The average age of a soldier in the Vietnam war. N-n-n-nineteen. Also young enough to be my son. Gross. 'A little younger' he says. 'A little'. But it doesn't matter because he thinks I seem great so he's happy to chat with me anyway. Isn't that niiiiiiiiiiiiiice. 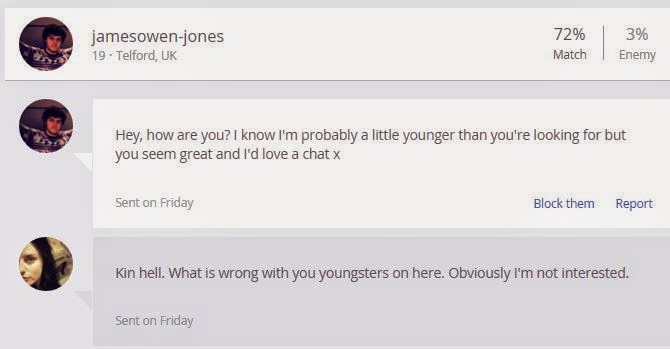 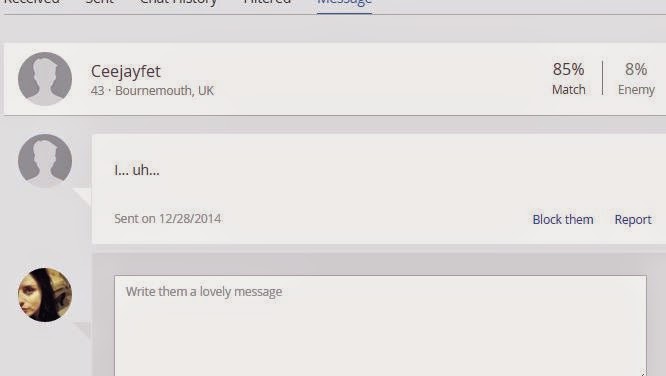 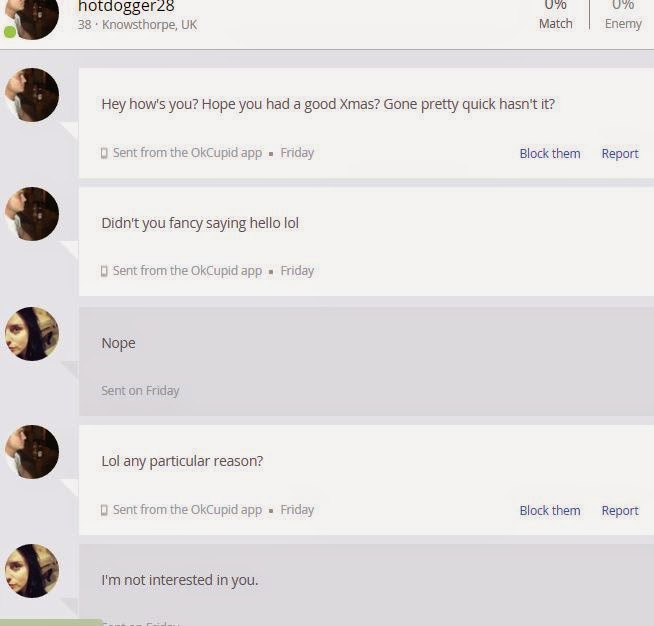