Telling someone with severe (or any level of) anxiety that life would be more fun if they could just, you know not be anxious, is pointless. And counter productive.

This post is about my dog and something I've noticed about her that has helped me feel that the world is not always a void of horror, black and vileness

As well as being utterly adorable, snuggly, delicious and perfect, my dog has an unerring way of always making the best of whatever is in front of her.

I found these pictures the other day. They are of Sushi with her damaged leg. A few days later her left leg was chopped off.

I know my Sushi now and I know that she was terrified here. She was scared and skinny and alone and defenceless and confused. 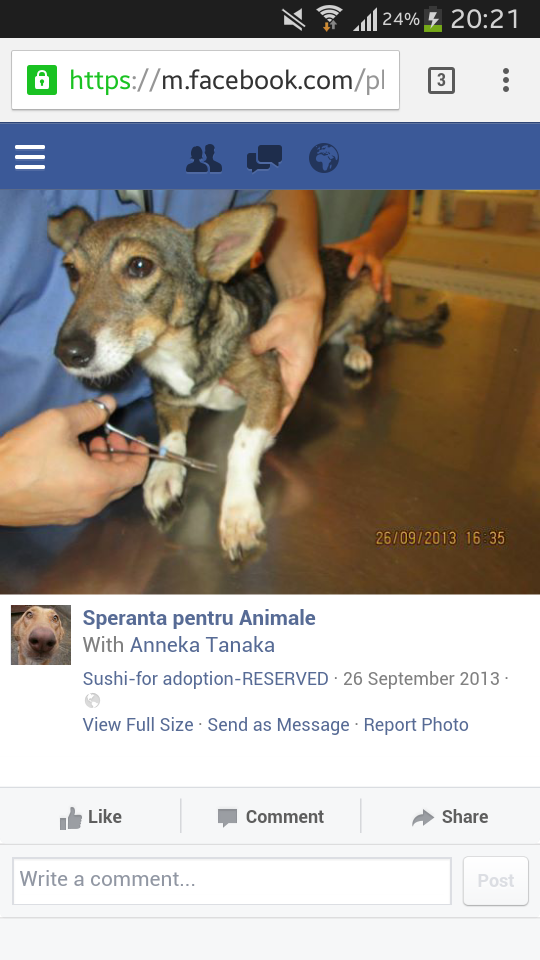 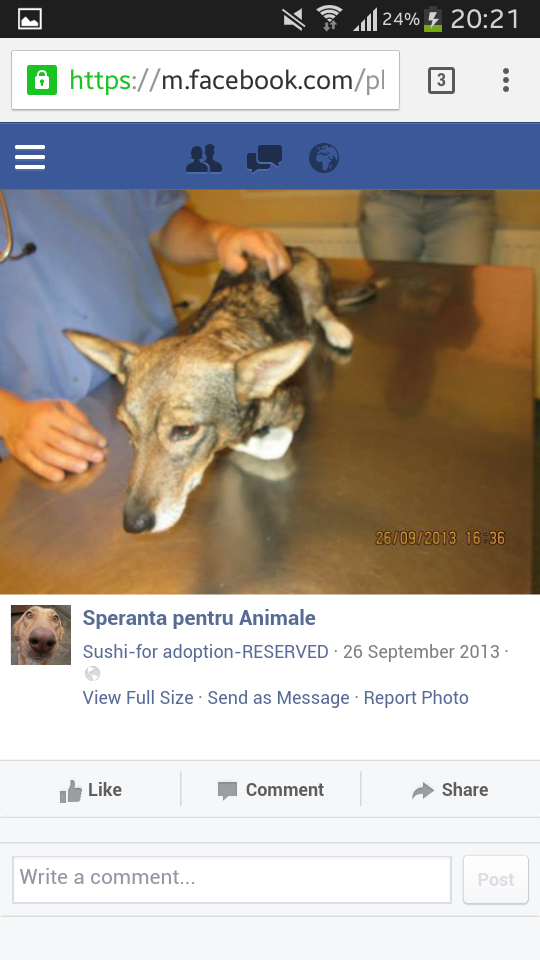 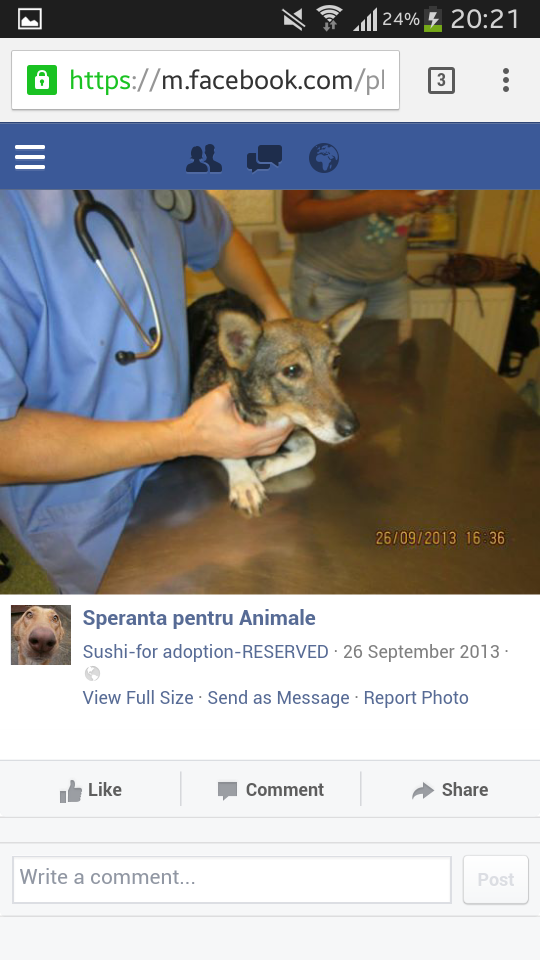 Here she is with a cat that is bigger than her. Look how teeny she is. 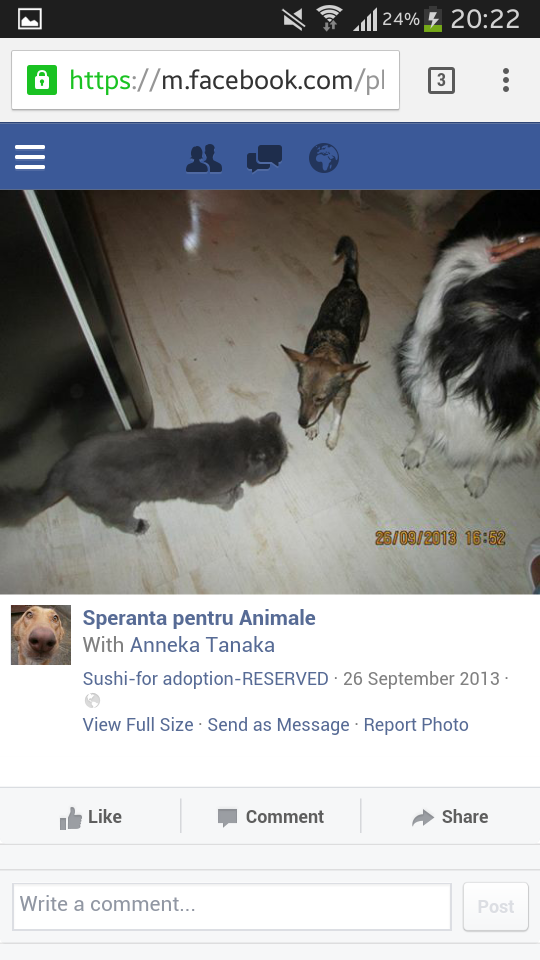 I cried when I saw them.

Sushi isn't thinking about what happens if she loses it all. Or if she can't find food tomorrow. Or if it's cold later. Or if she's too fat. Or if she isn't pretty. Or if she's lonely. Sushi is just doing her Sushi thing.

She also finds the patch of sunshine whenever she can. No, not a nauseating metaphor. she literally finds the sunshine.

It's been cold as fuck on Craggy Island. It's never cold on Craggy Island. People don't know what to do. I keep seeing confused people still in t-shirts stumbling around looking at the sky agahst, as if they've never seen such a thing before.

Sushi knows cold. She's lived on the streets during Romanian winters. So now she makes sure at about 10.30 in the morning she's in the strong sunlight that permeates through the conservatory at my ma's house. Without fail - as long as it's not raining - there is enough sun in there to warm her bum and lull her to sleep in a cloud of utter contentment.

Somehow this tiny dog has found her way through years on the streets in one of the harshest places in Europe for dogs, been hit by a car, lost her leg, travelled to England and landed on me. And she's the happiest soul. She has charmed her way through her life and I know that if there ever came a day (over my dead body) that she wasn't mine anymore that she will make her way to the sunshine again.

She's a survivor and an inspiration.

Too much? I'm just talking about a dog aren't I?

Balls. One of the things I've come to realise is that you should unashamedly love what makes you happy. Sushi makes me feel utter happiness when I hold her, when I walk her and when I watch her being hilarious. It's possible for me to forget everything else when I cuddle her.

Just as she can feel content in the sunshine, I can feel content through my connection with her. And fuck whatever anyone else thinks. Some people need money, or stuff, or clothes, or shoes, or a corporate career or kids. I need to write and to be around animals. And maybe that's my sunshine. 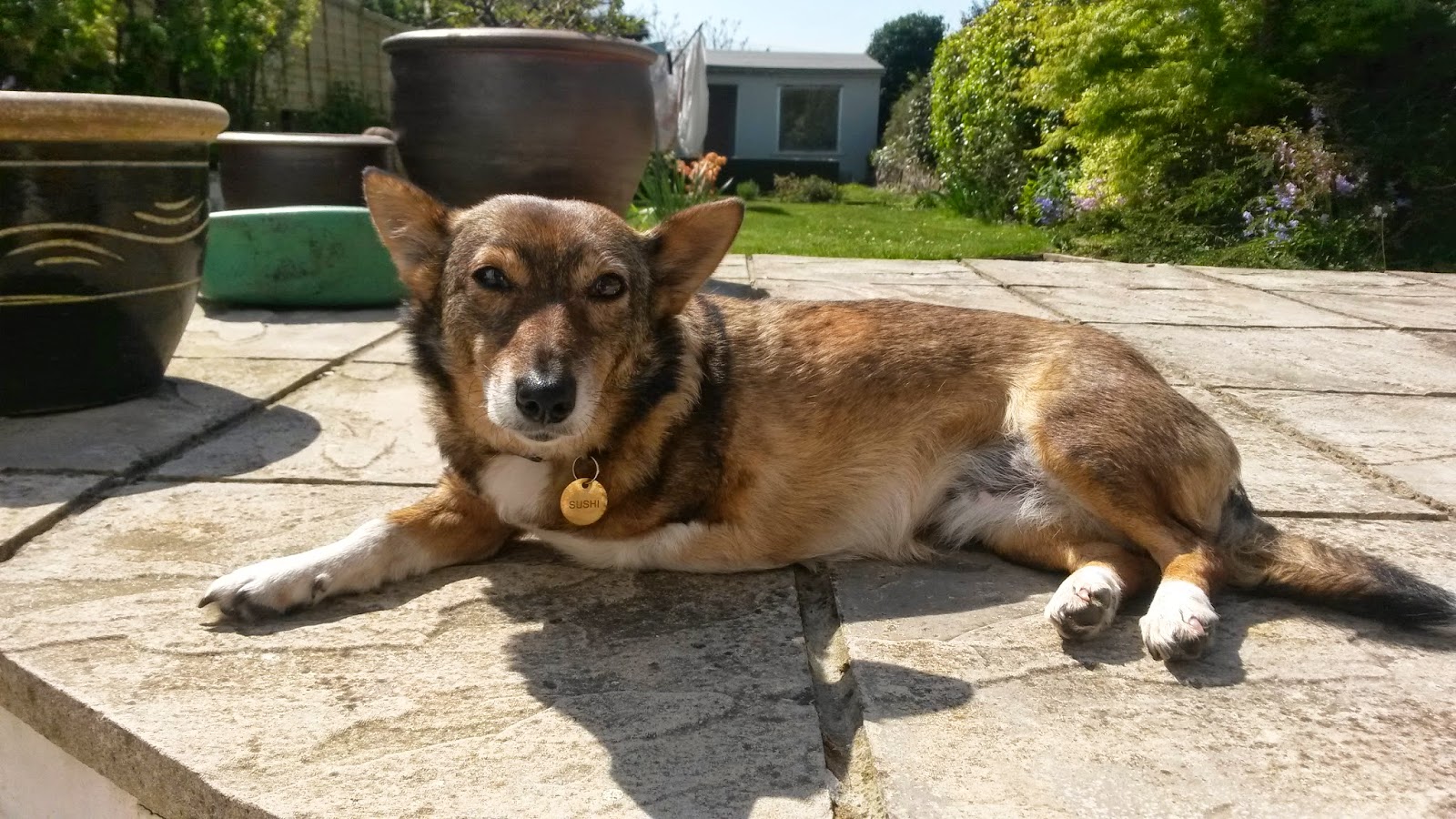 Tiny high five for the best dog in the world. 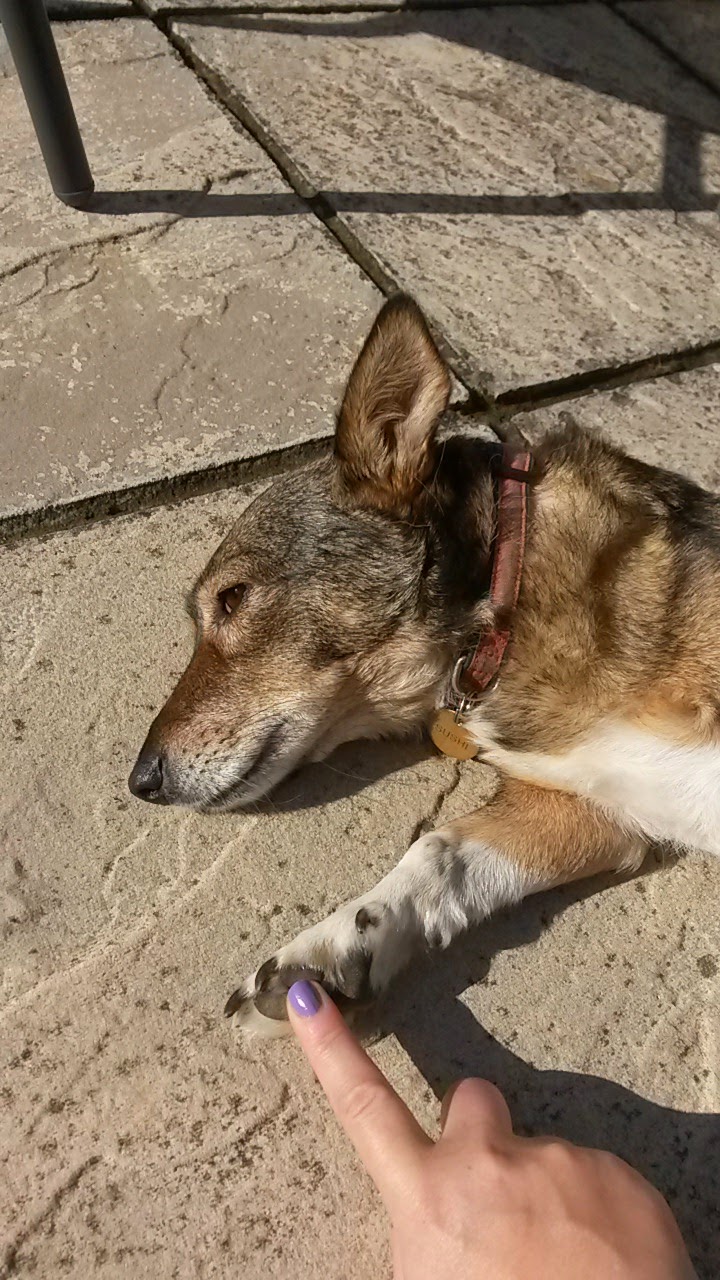