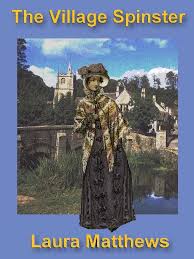 I'm no longer a spinster, a loner, a loser.

Single women in their late 30s have a peculiar place in this life.

There is no shame, of course. I didn't consider myself a spinster, a loner or a loser. At least, not because I didn't have a boyfriend.

I often had the shady impression that some others sorta did though.

She NEVER has a boyfriend. Why is that? What's wrong with her? She's very needy. Low self esteem. Too angry. Swears too much. Too short tempered. Too large. Too moody. Too ill. Too something.

I do think that single women hurtling into middle age are perceived differently to single men of the same age. You start to lose your place at the table as couples begin to only hang out with couples. You start to see friends drop away as they have babies and you're not part of that.

It's often a natural progression in friendships.

You're somehow left behind, although you haven't changed one bit. There is a feeling that you're watching everyone else change and yet here you are. Always the odd one out.

Not all coupled up friends are like this, but I have found that those who became couples after we met are no longer in my social sphere. Those that were already coupled up when we met, nothing has changed. Interesting isn't it? No? You're reading the wrong blog then.

Anyway, it only really occurred to me in the last four or five years that there was something wrong with my relationship history.

At one point, I was all: "Why do I only attract assholes? Why do I always end up with cheating, horrible, selfish bastards? Why meeeeee."

I would look at other people and be jealous. I would wish I had what they had. Bearing in mind, I had no real idea of their relationship really. I just saw the writing on the Facebook wall.

I watched friend after friend get married, meet someone (usually the other way around), have babies and, in some cases, get divorced and do it all over again. Meanwhile I was over in the corner kicking stones sullenly, forever feeling like the 14 year old black sheep who just couldn't catch a man.

And I really couldn't.

Mostly because the ones I was trying to catch were, well, sort of slimy.

Every time a bloke sitch presented itself I would make a Bad Choice.

Oh look! He's a womaniser with major obvious commitment issues and has told me with his own voice that he doesn't want a girlfriend. Excuse me while I spend the next couple of years of my precious life lamenting the fact that he won't be miiiiineeee. Even though... well even though, he's not actually very nice. He's selfish and mean. Cruel sometimes. Quite boring other times. He doesn't get me and he thinks that my mental health issues make me too much hassle. He doesn't really even like me. And I don't, if I'm honest, really like him.

This is a sort of catch all for my relationships from around 28 to 36.

That's eight years. Eight years of proving that the law of insanity is a true one - doing the same thing over and over again and expecting a different result.

Somewhere along the line, I woke up.

I thought about the men I have had 'relationships' with and I wondered what the hell I was thinking. Honestly. Without exception. I had wasted SO much time and I had never allowed myself to feel what it's like to truly be alone. Not alone and wishing I was with someone. Or alone and crying because they didn't want me. Or alone because I was too fat, or too ugly, or too loud.

And something did happen. I decided that I am not getting involved with anyone unless they are very very special. Not ever again. Not even if I reject every man who comes anywhere near me. Not even if I have to attend every wedding alone for the rest of my spinster days. Because being alone is way, way, way better than being anywhere near the kinds of men that I had wasted so much time with.

I clearly didn't know how to pick a good one so I just stopped trying.

Internet dating was sporadic and became something that I carried on because, deep down, I thought the odds were on that I would meet someone at some point. Maybe. I knew I definitely wouldn't if I didn't keep a profile open.

And then I met B. I'm not going to mention him much or dissect our relationship on this blog. Obviously. But I met someone who made it all worthwhile. Someone who has shown me why it's worth having a relationship at all. Someone who genuinely thinks I'm awesome, with all my many and varied physical and mental flaws. Someone on my side.

And I find myself staring 40 in the face (seven months to go) and I have this whole other life before me. We are buying a house. We're getting married. We (I) are (am) planning just how many dogs and cats I can adopt. And I'm off the shelf.

But I would happily be on it still if I hadn't met someone so awesome. Being on the shelf is preferable to wasting your life on the undeserving. Plus there's a really good view from up there.