And all I could see were Deborah's socks... 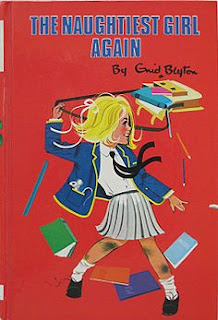 You know when you have those moments? The kind of moments that come in the night when you’re trying to sleep… Or maybe you got up for a wee at 3am. You’ve been asleep and your brain is, presumably, at its most vulnerable to random thoughts. You’re feeling pretty relaxed though. Cushioned in the cloud of early morning. It’s dark. You don’t have to do anything. Nobody needs or wants anything from you. You can just exist.

REMEMBER WHEN YOU WERE EIGHT AND THE ENTIRE CLASS LAUGHED AT YOU? DO YOU REMEMBER? DO YOU? Do you especially remember the first flush of awareness followed swiftly by disbelief as you felt the blush creep painfully up the back of your neck until it covered your whole face? Do you remember the sense of injustice at the fact that it was your goddamn teacher who made them all laugh at you? Do you remember your first awareness of how very fucking unfair the world was? Did you think you’d remember it 32 years later in the middle of the night? COS YOU HAVE.

I was a musical child. And by this I mean that when I was four my parents decided that I should try the violin. I didn’t mix well with other kids. Not for any particular reason. At this point I’d had an insular but stable childhood and was pretty happy with myself in general. I wasn’t particularly suffering from any lack of confidence. True, I didn’t really see the point of a lot of things. Things like other people and school and tracing and playing with sand and shit like that. But it didn’t bother me. I was alright, man.

So I obviously picked up the violin because that’s what you did in 1980. If your parents told you to do something, you just did it. It took me until 1991 to realise that I could actually just, like, not do things. By not doing them.

It turned out that I was alright at the violin. That I had talent.

Ooooh, she’s MUSICAL. She’s not going to be athletic or sociable but she’s going to be MUSICAL.

I had a thing.

I didn’t want it particularly. But then again I was four. Who cares, right?

Fast forward a few years and I realise what being Musical and being better than average means. It means that every school concert and event I’m expected to give a shit. I have to join in. And not only do I have to play the violin, I also have to sing and play the recorder. Today I would probably be hailed as a child genius and deified by my parents. In 1985 this is just what you did as a child of average intelligence.

Obviously I hated it. We had an insane music teacher who wore thick, bottle bottomed glasses, the like of which you just don’t see anymore. They made her eyes flicker like a myopic toad.She was called Miss Barrett and she really was heinous. And she made us, bearing in mind we ranged from seven to 10 years old, do concerts that lasted three hours. I don’t know who wanted to kill themselves more by the end of it. The exhausted kids or the parents who were clearly contemplating their life choices. I have no idea what this woman thought she was doing. With hindsight it was utterly ludicrous. She ruled with a rod of iron and rehearsals were often tearful affairs. Not for me, because I had Talent. But for the kids who didn’t? It was like me on the sports field. She was merciless and mean.

One of these concerts happened. I had to perform in the choir, do a solo, play the recorder, lead the orchestra and take part in every section of the three section concert. Most of the other kids – the lucky ones – did a bit and then got to play games in a classroom backstage until they were released from this inexplicable hell. Not me though. I got to do it all. How LUCKY.

But I did it. Because anxiety didn’t rule my life back then. So it was no big deal. Just dull. I dutifully performed to the best of my ability. I distinctly remember, 35 years on, smiling through it. Doing my best. Get 'em off my back, I was thinking. Soon it will be Christmas and I will be allowed to sit and read for a week straight. Just do what you gotta do, kid, and the world will reward you by leaving you the fuck alone.

And I was so sure I'd done it. There couldn't be anything I could possibly get in trouble for. I'd played my solos well. I'd sang the endless dirges. I was in the clear.

The next day I was late into the classroom for some reason. No idea why. I entered to the sounds of my teacher saying: “And all I could see were Deborah’s socks,” in  the manner of a great comedian delivering the world’s cleverest punchline. I stood at the door of the classroom, and I may not be able to remember what I did yesterday, but I remember everything about this moment. Everything. Slow realisation dawning as I looked around the classroom at 30 of my ‘classmates’ howling with derisive laughter. Some pointed. I looked to the teacher, the only adult in the room, to enlighten me. To help me. I didn’t understand why everyone was laughing at me. I racked my brains to think about whether I’d inadvertently messed something up at the concert. No, no I really hadn’t. I had actually performed and achieved something that literally no one else in my class at the time could do.

I walked through the sea of laughter when I realised the teacher wasn’t going to help me. She was too busy laughing. DELIGHTED with herself she was.

Someone hissed: “Your SOCKS” at me.

I looked down. My knee length socks were gathered round by my ankles. I was never a vain child and I hadn’t even noticed that my socks were falling down. They must have fallen down during the concert as well.

And that’s when I realised that no matter the talents you have, no matter how hard you work and no matter how hard you try, there will always be a cunt ready to take you down. Particularly if your appearance isn't perfect. Apparently, from the entire THREE hour concert I performed in, this was the only thing the teacher took away. And the only thing worth mentioning. Behind my back. When I wasn't even in the room.

I maintained a dignified silence until the laughter eventually dried up. But the sense of injustice and scorn for that teacher is still with me today.

Fuck you, Mrs Thingie. With your crap hair and your dull voice and your need to bully children to get a cheap laugh. Fuck you.

Just to spite the bitch I didn't even pull my socks up.